by Tony Orji
in Entertainment, INews, Lifestyle, Sports Update
Reading Time: 3 mins read
A A
2
Share on FacebookShare on TwitterShare on Whatsapp 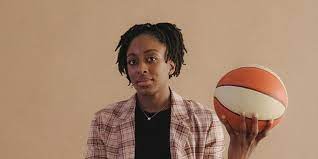 American basketball legend Nneka Ogwumike wants to play for Nigeria at the Tokyo Olympic Games, but The International Basketball Federation (FIBA) have denied her petition to switch her nationality.

Ogwumike, a legend in the Women’s NBA chose to play for her parents’ country after being left out of the United States’ Women’s team for the Olympics.

To switch her nationality, the 34-year-old who has played at two FIBA World Championships for Women for the United States needed to send a petition to FIBA with a clearance letter from US Basketball.

She got the clearance letter and support from the US Basketball and has a Nigerian passport, but FIBA have turned down the request.

According to several reports, FIBA turned down the request because of Nneka’s ‘substantial involvement’ with Team USA for more than a decade.

FIBA does not allow players more than 17-year-old to switch nationality after playing in a FIBA tournament for a country, but the organization’s secretary-general may authorize a player to compete for the national team of his or her country of origin if this is in the interest of the growth of basketball in that country.

One of FIBA’s priorities is the growth of women’s basketball worldwide, and both Nneka and Nigeria Basketball Federation (NBBF) were hoping to get approval from the body based on that.

Despite the unsuccessful petition, Nneka has resumed camp with the D’Tigress of Nigeria in America. At the same time, she is exploring other options like potentially sending an application to the Court of Arbitration for Sport.

Through this option, there’s the possibility FIBA would allow her to compete until there is a hearing, and the court could expedite a full hearing if both sides agree.

Her sisters Chiney and Erica Ogwumike, who also play in the WNBA, have been approved to play for D’Tigress as they have never played for the United States in a senior FIBA tournament. 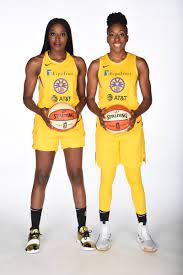 Their appeal states that they want to switch allegiances to Nigeria “in the interest of the development of basketball” in the country.

“Unequivocally, this is the case for a country currently ranked 17th in the FIBA World Rankings,” the appeal states.

“A strong finish by the Nigeria women’s basketball team at the Olympic Games would undoubtedly be in the interest of the development of basketball in Nigeria.“

Elizabeth Williams, another WBNA star who wants to play for Nigeria, was also not cleared by FIBA even though she has never played for the US in a senior FIBA tournament.

The NBBF is also appealing to her case.

Must Read! How to secure a Domain Name for your Nigerian business