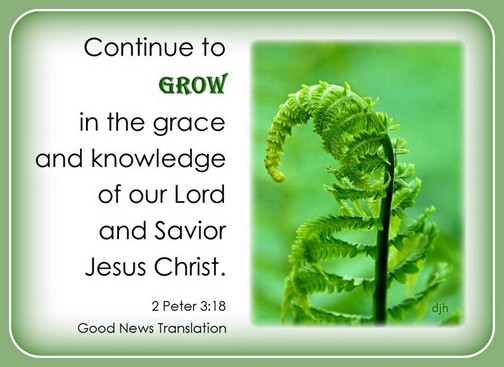 The final words of Jesus directly to Peter: “You follow Me” (John 22:22).  ”Now when they saw the boldness of Peter and John, and perceived that they were uneducated, common men, they were astonished. And they recognized that they had been with Jesus” (Acts 4:13). “To this you were called, because Christ suffered for you, leaving you an example, that you should follow in His steps” (I Peter 2:21).

When we went to Bible School in the mid-seventies we regularly had times of consecration around the altar. Every Friday evening we had a mission service which generally ended with times of prayer and consecration. A chorus we both recall singing in those services that we rarely hear now went like this:

The message in our church yesterday dealt with the final one on one encounter the Bible records in John 21 between Peter and Jesus ending with the emphatic call, “You follow Me”. The service concluded with the song, “I have decided to follow Jesus”.  I thought back to my high school years and how that was one of the first Christian songs I learned after being saved. Now, nearly fifty years later, I joined a group of others in singing the very same song.

A lifelong aspiration for any earnest Christian is to be like Jesus, to walk in His steps and follow His example.

Let’s consider two verses that speak to this matter, both concerning Peter:

The first is a record of what took place following the healing of the crippled man in Acts 3. Peter and John had been brought before the religious authorities to explain the miraculous healing and their insistence on preaching the Gospel. These religious authorities soon found out that putting Jesus to death, in fact, did not end their ongoing problem with Him!

Notice four observations these religious authorities made concerning Peter and John that should be the goal for all Christians:

1) “Now when they saw the boldness of Peter and John”. These men were not ashamed of the Gospel (see Romans 1:16). Peter had cowered in fear at the trial of Jesus. Although they had just been placed in jail their conviction concerning the reality of the resurrection of Christ, along with the empowering of the Holy Spirit, had turned once cowering Peter into a courageous and bold witness!

2) “And perceived that they were uneducated, common men”. The religious leaders prided themselves in their education and training. Peter and John had been fishermen and then had several years of intense “Bible study” with their Master. In the view of the religious leaders they were certainly not properly trained or educated. While seeing value in a good solid Bible and theological education the greatest education is time with the Master.

3) “They were astonished”. Tragically though, their hearts remained hard and they continued to harass the early church as the verses that follow in Acts 4 demonstrate.

4) “And they recognized that they had been with Jesus”. This is a powerful and intriguing phrase. When I read it I wonder if this was something the religious leaders recognized or perhaps Luke, who wrote the Book of Acts, was providing a spiritual explanation. Either way what a great testimony of the living Christ within us! Do people observe our lives and recognize that we have “been with Jesus”?

The second daily text was written by Peter, who early on had learned that he would suffer for Christ. He wrote to the early believers, “To this (suffering) you were called, because Christ suffered for you, leaving you an example, that you should follow in His steps” (I Peter 2:21).

This verse prompted Charles Sheldon to write the classic book “In His Steps”. Jesus gave us an example of how to live not only in regard to suffering but in every area of life. We should all aspire to “follow in His steps”.