by Tony Orji
in Inspiration
Reading Time: 4 mins read
A A
0
Share on FacebookShare on TwitterShare on Whatsapp 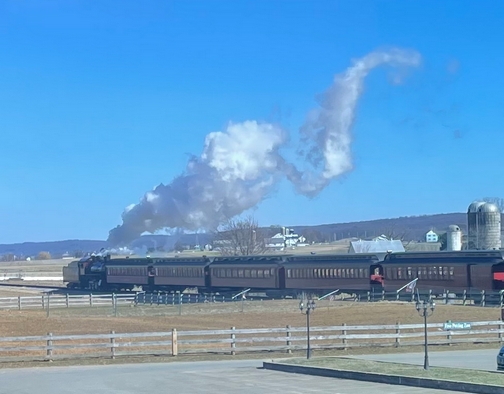 “Let us hold fast the confession of our hope without wavering, for He who promised is faithful. And let us consider how to stir up one another to love and good works, not neglecting to meet together, as is the habit of some, but encouraging one another, and all the more as you see the Day drawing near” (Hebrews 10:23-25).
Were you able to make it out to church this last weekend? All over the world Christians gathered in groups large and small as they have since Resurrection Day. One of the many casualties of this ongoing “pandemic” has been its impact upon the local church gathering.
We attend a larger church and did not gather in person for several months last year (although we could watch those who led from the platform of the church via computer). We resumed literally congregating in June. Because more and more people are attending each week, multiple services have been added to accommodate.
Yesterday it was announced a distancing restriction would be lifted on two sections in the sanctuary and the people clapped enthusiastically! We clapped in part because it was the two sections (near the front) in which we find ourselves sitting week after week, year after year. Sitting in every other row has made it hard to find our seats in a timely fashion before the service starts. (There will still be sections with masks only for those who are more vulnerable to health risks and for those who choose this approach.) Since the re-opening in June parishioners have been asked to wear masks in the foyer area and before sitting down in their pews.
I spoke to a friend who serves a small church in an undisclosed location in New England who told me his congregation has not ceased meeting together through the entire pandemic. They have used common sense and reasonable precautions and of course some of the people have not been comfortable gathering in person. I use “undisclosed location” designation since it seems now there are many government bureaucrats in some places who seem to love to meddle in local church affairs and I would expect his state would be among them.
Some have paid a heavy price for seeking to be obedient to God and specifically our daily text. A pastor in Canada is in jail for leading his congregation in church services and another church is facing heavy fines, probably quite a few for that matter. What’s wrong with Canada! But some of our states have been very oppressive as well, such as California. Frankly the inconsistencies infuriate me. Other places can be open such as casinos, pot shops and abortion killing grounds. But according to the “experts” it’s dangerous to gather in church.
The same ideological side (progressive) that denies certitudes of science such as gender, claiming a man can be a woman and vice versa, that an unborn baby is not really a human of worth, that marriage can be between anyone you want it to be, tells us to “follow the science” in regard to these dictates which are constantly changing!
But increasingly it is seen that great harm comes from isolating people, not only in regard to the church, but other social structures as well, notably schools. The first “not good” in the Bible is man being alone. God designed marriage between a man and a woman to fundamentally meet this loneliness. But the principle of it not being good to be alone extends to all relationships that enrich life.
Yesterday we saw and visited with friends, both at church and as we dined over lunch. These social interactions are vital to health. Especially harmed are people isolated in nursing homes, those who have severe cognitive and/or physical disabilities who need daily support services, those who live alone, and tragically thousands and thousands who have died, the family being forbidden to remain at their loved one’s bedside, due to the fear of spreading covid. Thankfully, the latter situation seems to be improving in many regards.
One of the first verses many Christians memorize is “not neglecting to meet together” often used as a teaching verse as to the importance of attending church. Up until last year the ability to meet together in church was available for most of us although our free wills might create the habit of not participating, “as is the habit of some”.
According to this Scripture we are not to neglect meeting together, as is the habit of some, but we are to encourage one another, and all the more as we see the Day drawing near. Though I present some of the harsh realities we face today seen in the extremes of governmental intervention or overreach, I do want to encourage you never to lose sight of what God has designed in His plan for us to be in faithful fellowship with our brothers and sisters so that we spur one another in love and good works through Christ.
Be encouraged today,

The Blessing Of Touch: Very Inspirational