by Tony Orji
in Inspiration, Lifestyle
Reading Time: 4 mins read
A A
0
Share on FacebookShare on TwitterShare on Whatsapp 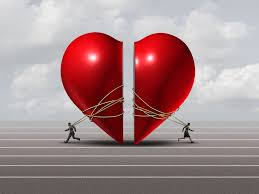 Ah! “Love” that beautiful four-letter word, full of everything comfy, sweet and warm. We love birds tell ourselves each day, whether we’re in a relationship currently or not, that this is for us! “LOVE” that beautiful four letter comfy word, nothing less, hmmm none at all.

So, when someone mentions the topic, toxic relationships, a stoic believer of love, may seem very confident not to find themselves in such a mess like that.

I mean, they have eyes don’t they? They know how the wonderful four letter word operates, so they can’t be so naiive to be deceived into a toxic relationship.

Well, I am here to tell you something out of the ordinary dear fellow lovebird.

Toxic relationships, doesn’t just come out all green and slimy like the monsters in them story books that makes you say, “Oh! That’s a toxic relationships or that person is toxic!” Nope! They come looking normal or even worse, in the fluffy sweet, comfy package we’ve known our beautiful four letter word to come in.

What do I mean by this? Don’t worry, you’ll soon find out, just stay tuned. *winks*

So, like I said before, toxic relationships comes in different forms with different sets of toxic people forming its roots. These sets of people may seem very loveable, wonderful and comfy at the beginning, but sooner or later going farer in the relationship, you begin to realize that it isn’t all roses, chocolate candies and picnics anymore.

There are few on the list, but in this article, I’ll like to talk about one in particular, because that one happens to be the most overlooked, but still as deadly as the rest. As the topic says, I’ll be talking about the obsessive mania.

Note: the term “obsessive mania” is not a usual term used when discussing toxic relationships, but I felt that I needed to give these set of people that fall under this category a name. Well, they normally are called clingy, but I believe that they are much more than that and you would soon know why also. 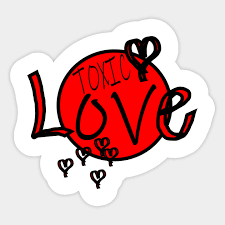 The obsessive mania in the beginning would be so loving and caring. If you’re a girl, he calls you early in the morning when you wake up, late in the night when you’re about to go to bed and if you’re a guy, she seems to be always around, asking how you’re doing, drops at your work place to give you lunch and then goes on her way.

At first, of course you’ll love it, then soon the calls become more consistent and persistent, you’re down to 25 calls a day if you’re lucky. They like to know where you’ve been, what you’ve been doing and even how you’ve been doing what you were doing and if you try to complain, you get the emotional black mail. If I may point out so, the obsessive mania normally comes after people who are lonely or rather naive or people who are just nice, and don’t want to hurt someone’s feelings especially when they feel that the person doesn’t mean any harm.

But, without proper scrutinizing of the situation, one may fall into a trap. Like the trap of the obsessive mania.

Now, back to the point. In this case, the person begins to lose a hold of himself and sees themselves being dragged along with the whole madness and if care is not taken, you may end up spending forever in such a situation. Whereas, the obsessive mania does not care, all they care is what they want. They have a perfect view of how the relationship should be and you’re going to keep to it, no matter how much you don’t want to.

And, if I may point out, once more. The obsessive mania starts out very slow in approach, so as to get you in a position where it will be hard for you to say no. You know like, “he’s done a lot for me, he’s just trying to make things work.” “We’ve come a long way.”

This is what the obsessive mania wants you to think, which is normally the source of emotional black mail and a pack of lies! Normally, what leads to someone turning out to be an obsessive mania, could be a whole lot of things like childhood trauma, control issues or inferiority complex. But, that’s not your problem. You’re priority is you, your happiness.

So, once you feel empty and it’s like you’re being dragged in relationship so as to tag along, you’ll have to start making some decisions to leave that relationship, no matter the emotional black mail

Staying in that relationship will only deteriorate your inner peace, causing you to worry and overthink a lot, then leading to depression.

So, be on the lookout for the signs of the obsessive mania. Set boundaries and keep to them, no matter the emotional blackmail. Remember, it’s all about you.

An obsessive mania is hard to shake off, they hardly give up easily. So, you may be feeling that once you get angry and say your mind on how you need more space, that would be it. They’ll get angry and leave.

Well it’s common to think that because the obsessive mania will make you feel like you’re the bad guy and they can drop you in an instant if you misbehave. So, you’ll feel that once you say your mind, they’ll get angry and then “drop” you.

They see you like a project, or a quest that they must conquer. So, once you start setting boundaries and start saying NO, there’s going to be a whole lot of frictions, because they would not let go. They just simply can’t. Like I said, being with you makes them feel validated in some sort of way.

But, regardless you mustn’t give in. Try the block button, if that doesn’t work, you try and take it to the authorities.

Remember, it’s all about you. Your choices, your life, not theirs.

VACANCY FOR THE PASTOR ENOCH A. ADEBOYE PROFESSORIAL CHAIR OF MATHEMATICS