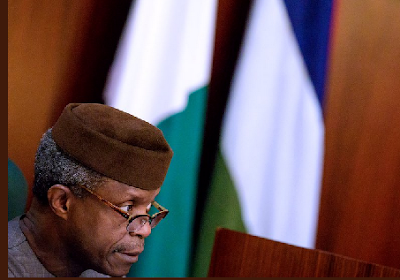 He made this disclosure at the maiden edition of the MSMEs Award 2018 held at the state house in Abuja on Wednesday.

The award ceremony got over 300 nominations across the nation.

Osinbajo
launched the MSME Clinic in 2017 as part of efforts to encourage the
contributions of MSMEs to Nigeria’s economic growth.

The acting
president said he was delighted to reward and recognise outstanding
MSMEs as they represent remarkable examples of Nigerian
entrepreneurship, creativity and innovation.

According to him,
efforts are underway to double the government’s commitment to ensuring
that MSMEs find an enabling environment to thrive.