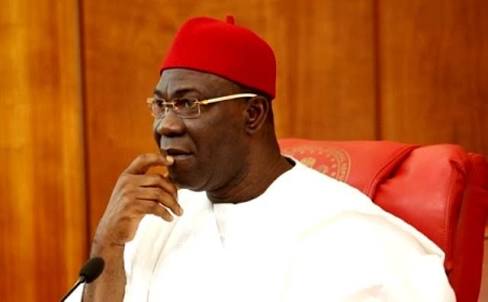 The lawmaker
reported to the office of the anti-graft agency on Tuesday and
Wednesday. He is under probe for allegedly owning undeclared assets.

Ekweremadu was said to have complained of discomfort when he was being interrogated on Wednesday.

But
in a statement on Friday, Anichukwu explained that when his principal
reported at the EFCC office, there was no interrogation because he
informed them that he was ill and he was allowed to go for treatment.

“Since
the siege would not allow him to honour the belated ‘invitation’ the
same day, he, as a law-abiding citizen, wrote to the EFCC to request for
another date, hence the rescheduled appointment of Tuesday, July 31,
2018,” the statement read.

“Senator Ekweremadu honoured the 10am
appointment on the fixed date and left in the evening of the same day
when he was granted bail on self-recognizance with an understanding that
he would report at the EFCC office at 10am the next day for a
continuation of the interview.

“He reported at the EFCC on
Wednesday, August 1, 2018, at 10am as scheduled, but informed them that
he was not feeling well, a fact the EFCC doctor confirmed. He was then
allowed to leave to see his doctor and it was agreed that a new date
would be fixed for continuation of the interview.

“So, there was
no interrogation whatsoever on Wednesday, let alone presentation of
so-called additional facts that purportedly triggered his blood
pressure. Likewise, there were no new “facts” presented to him the
previous day, Tuesday, July 31, beside those concocted by the dismissed
chief judge of Enugu state, Innocent Umezulike and his cohorts in their
petition.

“The office feels compelled by the mischief and orchestrated media trial to put the facts straight on this particular issue.”