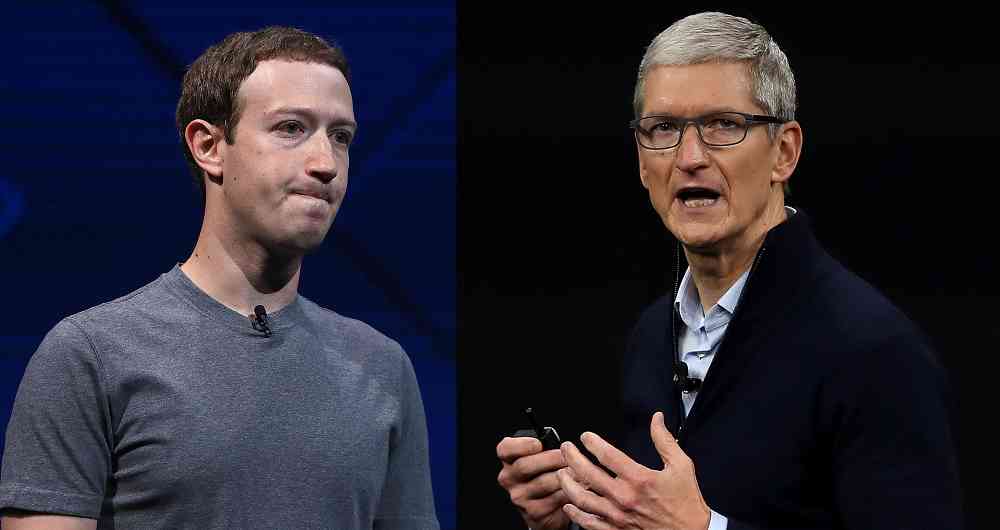 Apple boss, Tim Cook has taken aim at Facebook once again by calling for
greater regulation of tech companies who may be abusing user privacy
with data collection.

In a wide-ranging
interview, Cook told CNN that issues around privacy have ‘gotten totally
out of control’ and that some form of regulation would be ‘fair’.

The
comments come as Apple unveiled a slew of new features for its Safari
browser that are aimed at limiting Facebook, Google and other tech
giants from tracking users across the web.

Silicon Valley tech
giants have been facing heightened scrutiny as consumers, officials and
others continue to question their data collection practices.

Most
recently, Facebook has dealt with the fallout from its Cambridge
Analytica scandal, when it was discovered that 87 million users’ data
had been harvested and shared with the Trump-linked research firm
without their knowledge.

A recent New York Times report also
claimed it had allowed third parties to access some data from the
platform without user consent.

The controversy has resulted in more talk around the idea of regulating big tech.

‘Generally
for me, I’m not a big fan of regulation,’ Cook told CNN. ‘I think
self-regulation is best.’ But when it’s not working, you have to ask
yourself what form of regulation might be good.

‘And I think
most people are not aware of who is tracking them, how much they’re
being tracked and the large amounts of detailed data that are out there
about them, nor about the companies that possess the data,’ he added.

However,
Cook said that his beliefs around government regulation of tech were ‘
not focused on any singular company,’ such as Facebook or Google.

‘We’re focused on the practice of tracking people when they don’t know they’re being tracked,’ Cook explained.

‘We don’t think that’s reasonable for people’, he added.

To
that end, Apple released a new tool called ‘intelligent tracking
prevention’ in the latest version of Safari that gives users greater
options to limit how they’re being tracked from site to site.

The
new data privacy tools will ‘shut down’ the ability of social networks
such as Facebook to track users on the web, including blocking Like and
Share buttons that can be used by social media platforms to monitor web
users.

They’ll be available in the latest macOS 10.14 update, called ‘Mojave’, as well as iOS 12 for the iPhone and iPad.

The
tools will target the practice called ‘browser fingerprinting’ which
allow sites to track you based on your computer’s system configurations.

‘And so this year we are shutting that down‘.