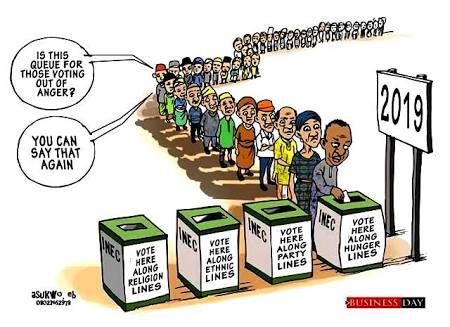 Here’s a brief excerpts of the interview the President of Christian
Association of Nigeria (CAN), Rev. Samson Ayokunle, had with Punch.

You said President Muhammadu Buhari should forget about his second
term bid if security is not improved on? Can you throw more light on
this?
If I am not sure I will be safe as it looks now, how
do we commit the future into his hands? We don’t vote people because we
want them to go and sit down in government. Are they there for a
jamboree?

If security issue remains this way, will CAN raise a candidate using a political platform?
We are not politicians in CAN. Christians can decide on their own to contest.

Apart from security, which other areas would you advise the government to improve on?
Infrastructure is number one. There is less supply of electricity. This
is the third year of this administration and all we hear are promises.
Did the rest of the world get their electricity from heaven? Why has our
own not arrive yet? Collapse of our roads is another area.

The Lagos-Ibadan Expressway is 120 kilometres in stretch. The government
has been repairing the road for more than three years now. How long
will it take to construct longer roads? Most of our roads are death
traps and the rail system belongs to the stone age. We need to use
modern rail system. Our health care system is another major challenge
and that is why those who can afford it like those in government go
abroad for treatment.

We have youths that are unemployed too. We need to create jobs but the
problem is that investors will not come if there is insecurity. Nobody
wants to die in the hands of herdsmen and Boko Haram.

Outside security challenges, are there areas you will commend this administration of Buhari?
I will commend Buhari for at least fighting against corruption
physically, but the fight should not be against the opposition alone. It
appears that only people in the Peoples Democratic Party are corrupt.
Don’t we have corrupt politicians in the All Progressives Congress? It’s
a reality that we must face. It must be total.