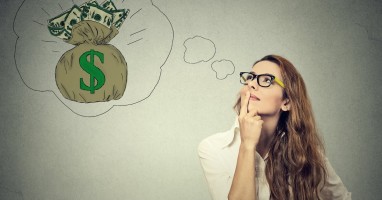 It’s no secret that the Bible teaches us to live our lives a little bit
differently than the world does. And that’s especially true when it
comes to money.

But social media make you want the life you see around. You feel
incomplete, so you get desperate to “meet up” and sink deep in sin.

Worship
God above all else, and don’t worship idols, the Bible tells us (Exodus
20:3–4, Matthew 6:24). But people often make material possessions into
gods without even realizing it — especially money.

But Proverbs
21:20 (NIV) explains the value in saving for a rainy day: “In the house
of the wise are stores of choice food and oil, but a foolish man devours
all he has.” And even beyond your own household, saving can create
financial stability for future generations: “A good man leaves an
inheritance to his children’s children” (Proverbs 13:22 NKJV).

The world says: Spend all of your money on you. There’s no way you’ll have anything left over!
God says: Give 10% off the top and work toward being able to give even beyond that.

The world says: Debt can be a tool to buy things you couldn’t otherwise have.
God says: Debt is bad.

Over
the past several decades, debt has been marketed so heavily that many
people feel like they can’t survive without it! In fact, eight in 10
Americans have debt, and seven in 10 believe it’s necessary. But debt
has also forced people to delay or avoid expensive life events like
marriage or kids, and it’s caused bankruptcy, divorce and all kinds of
other messes.

Proverbs 22:7 actually says borrowing money
enslaves you to the lender. And in Romans 13:8, Paul calls us to pay off
all our debts so that the only thing we owe each other is love.

Seek prayers and the right means to have God’s blessings so you don’t end in hell committing sin because of money.