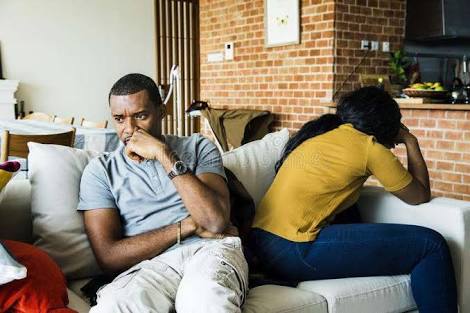 There are few things that can compare with the ecstatic feeling of being
in love. And of course, marriage seems like the icing on the cake for
such persons.

But sometimes, beyond the initial excitement, happy
marriages soon run into troubled waters due to the actions and
inactions of one of both partners.

It is helpful to highlight factors that lead to troubles:

Infidelity:
Cheating on a spouse is about the commonest factor that brings about
conflict in homes. This is because it is seen as a direct betrayal of
trust, which is often hard to repair. Findings have shown that men find
it difficult to forgive a cheating wife. They believe it affects their
masculinity, the possibility that they might not even be the father of
their children and such thoughts that flood their minds. These make some
men to file for divorce while some simply keep a distance from such
women.

Poor communication: In the past, people hardly saw
communication as an ingredient for a successful marriage. People would
rather bottle up their emotions and dissatisfaction about the actions
and inactions of a partner instead of opening up, until things get
worse. It also provides a fertile ground for (wrong) assumptions and
frustration, which they sometimes term ‘irreconcilable differences’.
This explains why marriage counsellors often say good communication is
the secret to a successful marriage, because it enables both parties to
raise their concern and creates a platform for resolution. They have
also noted that when communication breaks down, the union is heading for
the rocks.

Barrenness: This is one major reason people
walk out of their marriages. Childbearing is largely seen as a ‘must’
for couples in this part of the world and so their inability to have
children could signal the end of that union. From findings, this had led
to the crash of many marriages, because sometimes, people, especially
men, are compelled to try new partners. And when a man takes a new wife,
it oftentimes takes the first union to an abrupt end.

Abuse:
This is one other reason people run for their dear lives. It could be
in form of physical, emotional, verbal or s*xual abuse, all of which
oftentimes subject the victim to deep trauma. The impact is almost the
same with people who live with partners that are hot-tempered. Given the
serious impact it could have on the psychology of such persons,
marriage counsellors often advise intending couples to watch out for the
trait in their partner.

Unrealised expectations: No
doubt, people go into marriage for different reasons and expectations.
When those expectations are not met, they tend to feel frustrated. In
some cases, that is the beginning of a trouble, because they tend to
vent their frustration on an unsuspecting partner who could have their
separate worries. According to some experts, marrying too early,
marrying to satisfy s*xual urge, to show appreciation, to douse pressure
from parents, to feel among, especially when there is a feeling of
being left behind by contemporaries, among others, are some of the
common “wrong” reasons people marry. They said relying on these alone
could come with a high risk of failure, because after some time in
marriage, they tend to see that there is more to that lifelong union
than those one or two expectations. Marriage counsellors have also
advised that people should moderate their expectations when going into
marriage, to avoid utter disappointment if those expectations are not
met.

Strange habits: It is not uncommon for people to pick
up strange habits, like taking alcohols, smoking, homos-exuality, after
they are married. Usually, it is either that they were able to hide or
manage it from their partner during courtship or they picked up the
habit newly. People who are unable to cope living with such persons tend
to become frustrated, especially if they can’t get the person to drop
that habit, and so some end up leaving the marriage.

Overbearing in-laws:
In this part of the world, in-laws are seen and treated as an integral
part of marriages. Thus, their actions and inactions could sometimes
influence the success or otherwise of any union. “Issues of in-laws are a
very potent factor, and so people need to pay attention to it.”

PDP Set To Change Name? To Bring Back Saraki, Kwankwaso, Other Big Names