See The Things To Consider Before Mounting Your Flat screen TV

by Tony Orji
in Entertainment
Reading Time: 3min read
0
Share on FacebookShare on TwitterShare on Whatsapp 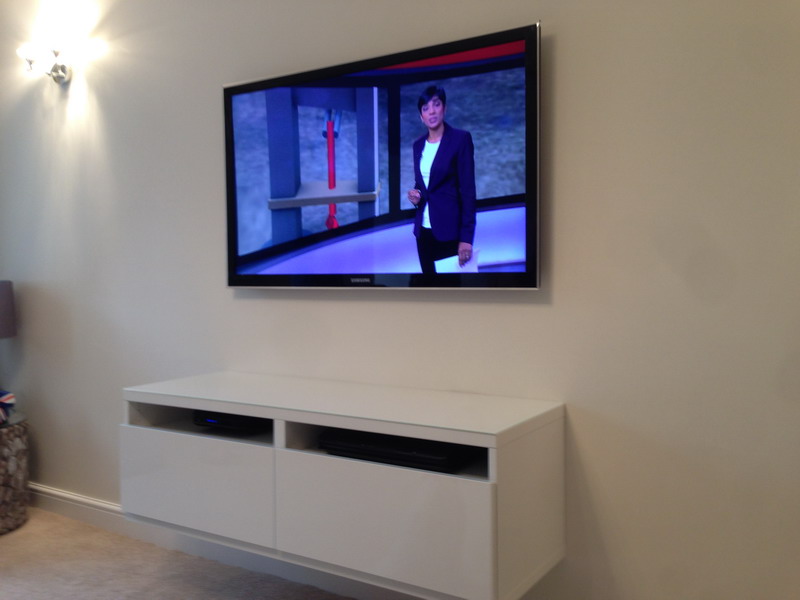 Televisions now come in different shapes and sizes. One of the popular
shapes that you will find in almost every household is the flat screen
tv. This is because prices of flat screen TVs are now within the means
of even an average Nigerian. So, if you have just purchased one, one
inevitable action you have to take is mounting your flat screen. On the
surface, mounting a television to your wall seems like a good idea. It
saves floor space and lifts the screen up to where the whole room can
easily see it.

There are some important things to consider, though, before you mount up.

Jumia highlights some of these things.

Can your wall handle it?
The most important thing to consider when mounting a television is
whether or not your wall can hold it up. Because of this, the location
you choose will need studs to anchor the screws. If your wall cannot
handle it, look for a better spot.
Are the ports accessible?
Check to see where the ports are located on your television. If the
ports are on the back of the TV, you’ll want to purchase a wall mount
that will give you better access to the back of the television. This is
particularly important if you’re the type that’s constantly adding new
devices. You don’t want to unmount the television every time you need
access to the ports.
Do you have a spot for the components?
Most people have several devices connected to your television. Game
consoles, cable boxes, DVRs and the likes are going to need a home
nearby your television so the cords will reach the TV’s output ports. If
you do not, you can put a bookshelf under the television to contain all
of the devices. Simply drill a hole in the back of the bookshelf to
thread the cords through.
Do you have a cord-concealing plan?
Some Nigerians do not bother about concealing cables. However, you know
that if your cables are exposed, your home will just look haggard. Even
if you don’t plug a single device into your television, you will still
need to contend with a cord trailing down your wall to the wall socket.
Have the right tools
Make sure you have the tools needed to mount a television on your wall.
You’ll need a stud finder, drill and a screwdriver. If you don’t have
the tools you need, then get someone who has these tools to help you
mount it.
Tags: Entertainment
ShareTweetSendShareSend
Previous Post