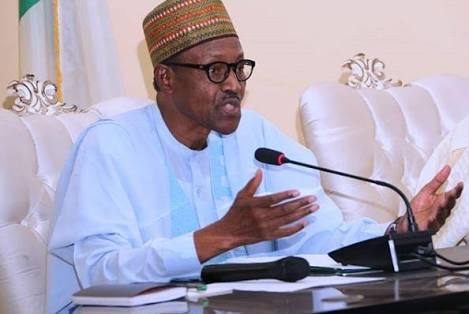 A Kwara State High Court sitting in Ilorin has remanded Dr. Saadu
Alanamu in prison custody for alleged fraud to the tune of N182m and
abuse of bail condition.

He is to be confirmed as a commissioner of the National Population Commission.

The
Punch had reported last year that Alanamu was nominated into the board
of the Independent Corrupt Practices and other related offences
Commission by the then acting President, Prof. Yemi Osinbajo, despite
being probed by the same agency.

However, following public outcry, Osinbajo withdrew his nomination after which the ICPC arrested and arraigned him for fraud.

Alanamu,
who is a former Chairman of the Governing Council of the Kwara State
Polytechnic, was charged alongside the Chief Executive Director of
Namylas Nigeria Limited, Salman Sulaiman, for allegedly collecting bribe
from a contractor.

He was initially granted bail by Justice
Mahmud Gafar but was remanded in prison on Monday following allegations
by the judge that some persons had offered him a bribe to dismiss the
case.

The spokesperson for the ICPC, Mrs. Rasheedat Okoduwa, said
in a statement that in the course of trial, the defence counsel alleged
that Alanamu was “forced, harassed, intimidated and coerced” into
making his statement to the ICPC investigators and therefore, the
statement should not be admitted in evidence.

This, he said, was for the court to determine whether the statement was made voluntarily or not.

While
delivering his ruling on the trial-within-trial, Justice Gafar
overruled the objection of the defence and admitted Alanamu’s
confessional statement into evidence.

The trial judge also went on to revoke Alanamu’s bail for abuse of bail conditions.

The case was adjourned till Thursday (today) for hearing.

The
commission, in the charges accused Alanamu, who was also the Chairman
of the Kwara State Polytechnic Tenders Board, of collecting N5m bribe
from a contractor, Salman Sulaiman, as a kickback for the award of a
contract.

The counsel for the ICPC, Sunny Ezeana, told the court
that Alanamu received the bribe through his First Bank account on
February 11, 2015 from Namylas Nigeria Limited, a company owned by
Sulaiman, who is also his friend.

The court heard that Alanamu
ensured that the contract for the construction and furnishing of an
auditorium in Kwara State Polytechnic, at the cost of N182,369, 625.00,
was awarded to Namylas Nigeria Limited even when it was found that the
company was not qualified to execute the contract.

The ICPC said
its investigation into the petition had revealed strong evidence of
collusion, bid rigging and corrupt practices against Namylas Nigeria
Limited in the bid process; and that the company used falsified, forged
and doctored PENCOM Compliance Certificate, Tax Clearance Certificate
and ITF Certificate of Compliance to submit its bid during the bidding
process.

See The Things To Consider Before Mounting Your Flat screen TV