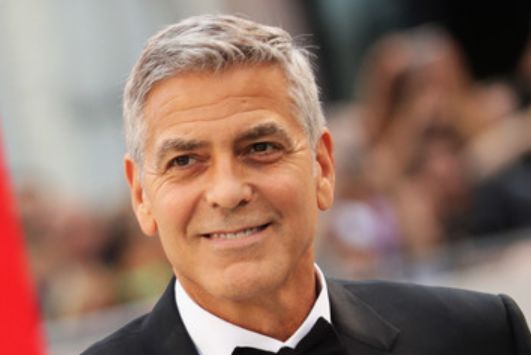 Popular Hollywood actor, George Clooney has donated $1 million to the
Sentry campaign group to help in the fight against war crimes and
corruption in Africa.

The Clooney Foundation for Justice yesterday announced the donation to
the Sentry, an investigative initiative that Clooney co-founded to
uncover the financial networks behind conflicts in Africa.

In a statement, Clooney said:

“Our focus is to make sure that war crimes don’t pay. We want to make it
more difficult for those willing to kill en masse to secure their
political and economic objectives.

When we’re able to go after the warlords’ wallets and bankrupt those who
choose the bullet over the ballot, suddenly the incentives are for
peace, not war; transparency, not corruption.”

The Sentry said the money will help fund reports in the coming year on
“state looting and illicit financial flows out of the war-torn countries
of South Sudan, Sudan, Congo, Somalia and the Central African
Republic.”

Clooney, who has been involved in using satellites to monitor military
movement on the border between Sudan and South Sudan, founded the Sentry
investigative initiative with human rights activist John Prendergast in
2015.

Be Inspired! A Consideration of Being Hot