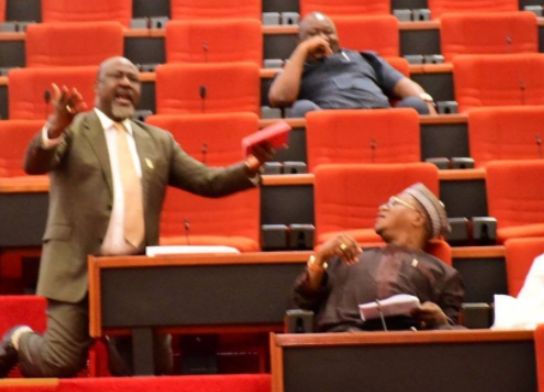 Senator Dino Melaye is very worried about the hardship his people are
going through in Kogi State. He went on his knees yesterday to beg
fellow senators to help save his people as they are currently in what he
called perilous times due to lack of salaries.

He cried out as civil servants are being owed for months, leading to deaths.

He made reference to a director in the civil service, Edward Soje, who
was owed 11 months salary and recently committed suicide after his wife
of 17 years welcomed a set of male triplets. 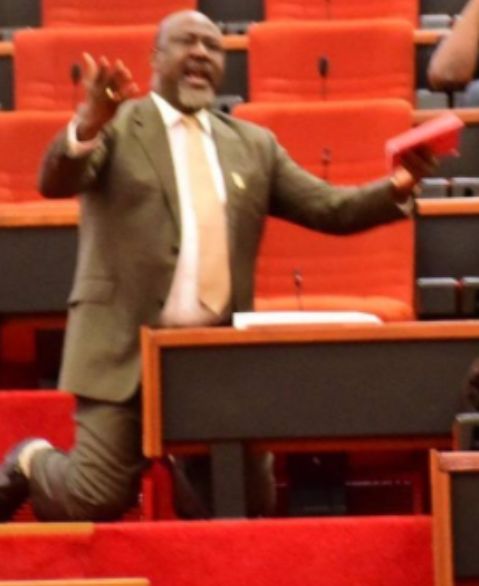 Good enough, senators listened to him and have donated over a thousand bags of rice and other items.
Tags: LifestyleSocio-Economic Issues
ShareTweetSendShareSend
Previous Post