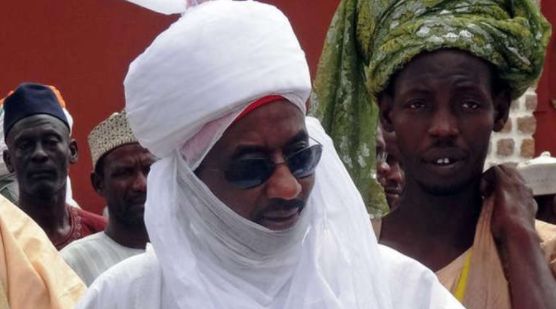 The level of poverty in the northern part of the country is alarming and
remains a major reason why all efforts at peace is elusive, Emir of
Kano Muhammadu Sanusi II has said.

He said his experience as an Emir made him come face to face with the level of poverty in Nigeria. “People cannot even afford N3,000 drugs.
There is no access to medical health care. About 75 percent of
adolescent girls in the north are married. More Nigerians are living on
less than $1 a day. Now, how can there be peace in such a country?”

Speaking at the Union Bank Plc Centenary Anniversary tagged: ‘The Next
100: A Call to Action’ in Lagos, he said Zamfara State has 91 per cent
poverty rate; Yobe State 90 per cent; Kano State 77 per cent while he
put the poverty rate in Lagos at 8.1 per cent.

He said the conflict in the north-east where insurgency has lingered for
many years, could not be separated from the level of poverty prevalent
in that region adding that “there cannot be prosperity where there is no
peace.”

He said if Bornu and Yobe were to be countries of their own, they will
be poorer than Cameroun and Niger, hence it is not surprising that those
two states are unstable.

Sanusi said that the high level of poverty is fueling crisis in the
region. He said that after leaving the CBN, he transited from dealing
with numbers to dealing with human beings. “In the CBN, I used to look
at the Gross Domestic Product (GDP) growth and measured prosperity in
those terms. We have failed to bring economics down to earth,” he said.

The Emir insisted that Nigeria can never have peace unless its leaders give issues that concern the people a priority.
He said politicians should begin to tackle major issues that affect
majority of the population, including child abuse, poverty, early
marriage, divorce, among others. “We are responsible for protecting the
minority and we have failed them. There is no prosperity without peace.
And I say to you: There is no peace without prosperity,” he said.

According to him, the cost of governance is very high, adding that there is no justification for having as much as 774 Local Government Areas and 10 councilors in each of them.

There are also 109 Senate seats with three members from each state and
one from the Federal Capital Territory, Abuja and the House of
Representatives with 360 seats.

Sanusi said the government structure made it difficult for real development to take place in Nigeria.

How To Develop Wellness In Your Body, Soul and Spirit