by Tony Orji
in Entertainment, INews, Lifestyle, News, Sports Update
Reading Time: 4 mins read
A A
0
Share on FacebookShare on TwitterShare on Whatsapp 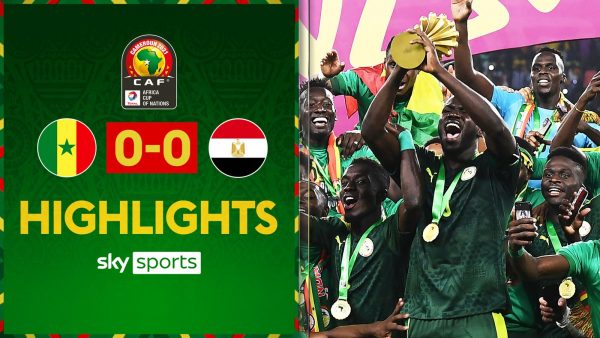 Sadio Mane put an early penalty miss behind him to score the winning spot kick as Senegal won the Africa Cup of Nations for the first time ever following a 4-2 penalty shootout victory.

Mane blew an early chance to fire Senegal into the lead when his seventh-minute penalty was saved by Gabaski, who had taken some advice from Mane’s Liverpool team-mate Mohamed Salah before the spot kick.

Both sides had chances, but they couldn’t be separated after 120 minutes of football and Mane might have been wondering whether his early penalty miss was going to prove costly.

However, Chelsea goalkeeper Edouard Mendy was the hero for Senegal, saving substitute Mohanad Lasheen’s penalty before Mane’s redemption was complete.

The Liverpool forward powered the ball past Gabaski and into the bottom corner to spark wild Senegal celebrations as they sealed AFCON glory at the third time of asking after missing out in 2002 and 2019. 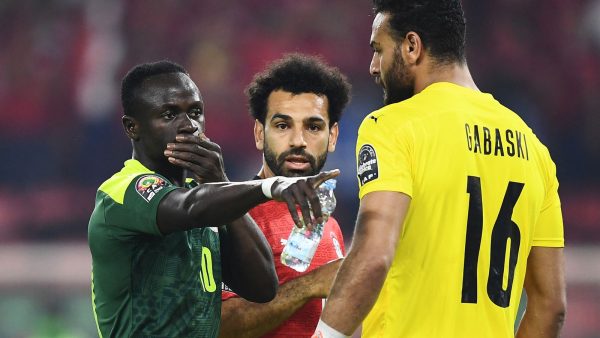 Meanwhile, Salah, who was consoled by his Liverpool team-mate Mane, missed out on the chance of leading Egypt to an eighth AFCON title after penalty heartbreak.The Liverpool star was left in tears at the end, having also lost the 2017 final to Cameroon.

The final burst into life in the fourth minute when Saliou Ciss was brought down inside the Egypt penalty area by Mohamed Abdelmonem. There was no hesitation from referee Victor Gomes, who pointed to the spot to hand Senegal an early chance of the lead.

What followed seemed like an age as Ciss received treatment after the challenge, but it was time used to good effect by Salah and his goalkeeper Gabaski. Both players were seen talking to Mane, while Salah was spotted giving advice to his goalkeeper regarding his Liverpool team-mate’s penalty. Whatever was said worked as Gabaski pushed Mane’s powerful spot kick away to safety to keep the game goalless.

Senegal went on to dominate the early stages of the game and Ismaila Sarr twice went close to picking out Mane with low crosses, but the Liverpool forward was just caught on his heels on both occasions.

At the other end, Senegal were doing a good job of limiting Salah’s influence, but the Liverpool forward eventually got into the game. A trademark jinking run resulted in a low shot which was easily saved by Edouard Mendy, but just before the break, the Chelsea goalkeeper had to be alert to keep out a Salah shot which was heading for the top corner.

The pattern of the game continued into the second half as Senegal continued to look the more likely of the two sides as both Famara Diedhiou and Mane were denied by Gabaski in quick succession.

However, Egypt, who had to do without suspended coach Carlos Queiroz in the dug-out, eventually grew into the game and Marwan Hamdi flashed a header wide, spurning a glorious opportunity to snatch victory.

As the game grew to a close, chances became few and far between as both sides became nervy. But in the first period of extra-time Gabaski was required by Egypt once again as he palmed Bamba Dieng’s powerful drive wide.

Mendy then denied Lasheen to allow Mane the chance to seal the win and create history for Senegal. 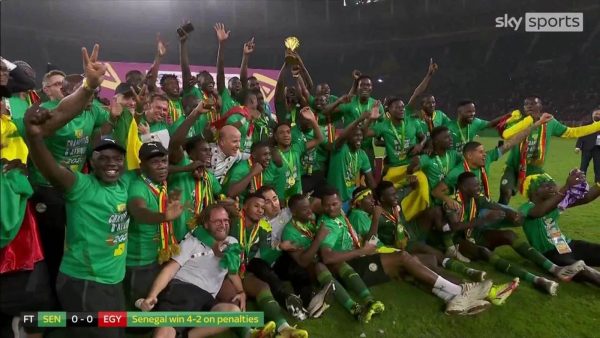 Apply Now! Vacancy for the post of a Finance Assistant at WHO office, Abuja