by Tony Orji
in Assignment And Quiz
Reading Time: 1 min read
A A
231
Share on FacebookShare on TwitterShare on Whatsapp 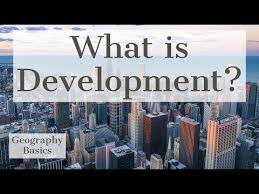 1. Development can be seen, it is argued, as a process of expanding the real freedoms that people enjoy and enhancing the capability to lead the kind of lives we have reason to value. As the Special Adviser to Mr. President on Human Capital Development, clearly discuss this and justify your position.

2. Clearly analyse the differences between Economic Growth and Economic Development