by Tony Orji
in Assignment And Quiz
Reading Time: 1 min read
A A
288
Share on FacebookShare on TwitterShare on Whatsapp 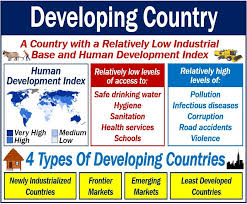 Critically discuss and analyse these questions as a potential Special Adviser to Mr. President of Poverty Alleviation and Economic Development

1. What can be learned from the historical record of economic progress in the now developed world? Are the initial conditions similar or different for contemporary developing countries from what the developed countries faced on the eve of their industrialization?

2. What are economic institutions, and how do they shape problems of underdevelopment and prospects for successful development

3. How can the extremes between rich and poor be so very great?

4. What are the sources of national and international economic growth? Why do some countries make rapid progress toward development while many others remain poor?

Apply Now! VACANCY FOR THE POSITION OF HEAD OF TRAINING AND RESEARCH, AFRICAN INSTITUTE FOR ECONOMIC DEVELOPMENT AND PLANNING (IDEP)