Liverpool’s coronation as English champions for the first time in 30 years is the culmination of a dramatic journey since Jurgen Klopp’s appointment as manager in 2015. 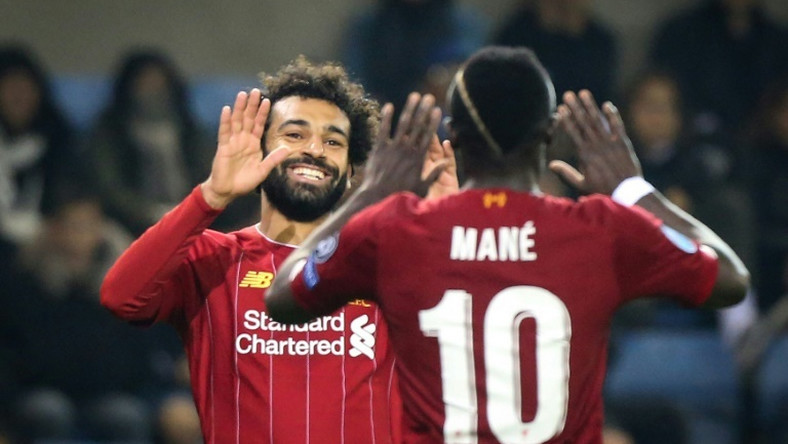 Klopp is the charismatic face of Liverpool’s transformation from top-four contenders to Champions League winners and now Premier League champions.

However, the Reds’ success on the pitch has been made possible by plenty of shrewd work on signings and sales behind the scenes.

Of the 18-man squad named by Klopp in his first match in charge less than five years ago, only James Milner, Adam Lallana and Divock Origi have featured this season, in peripheral roles.

The construction of Liverpool’s title-winning squad has been a steady process.

The next year they were joined by Mohamed Salah, Andy Robertson and Alex Oxlade-Chamberlain.

By January 2018, a long pursuit of Virgil van Dijk resulted in the Dutchman becoming the world’s most expensive defender for £75 million ($93 million).

Two howlers from Loris Karius against Real Madrid delayed a sixth European Cup win for a year, but what happened afterwards showed the club’s ruthless desire to get back to winning major trophies.

Karius has never played another game for Liverpool as another world record fee, this time for a goalkeeper, was splashed on Alisson Becker from Roma.

Fabinho, Naby Keita and Xherdan Shaqiri were also recruited in 2018 in a spending spree of more than £160 million.

Win is what they have done relentlessly for two years.

A mammoth total of 97 points was still not enough to win the title last season due to Manchester City’s own stunning levels of consistency.

However, the upgrades for the 2018/19 season were rewarded in silverware with a Champions League triumph. On the way to the trophy Liverpool thumped Barcelona 4-0 in the second leg of the semi-final, even without the injured Salah and Roberto Firmino.

The momentum of Madrid rolled into this season, with only the coronavirus pandemic preventing possibly the earliest-ever crowning of English champions.

Yet, in an era of sheikhs and oligarchs, Liverpool’s success is not in outspending their rivals, but doing so more efficiently.

According to transfer specialists Transfermarkt, Liverpool’s net spend over the past five years is £109 million, less than the outlay of Bournemouth, Aston Villa and Brighton.

It is a testament to Klopp’s managerial skill that the departure of Philippe Coutinho to Barcelona for £142 million in January 2018 did not derail his side’s progress.

Sporting director Michael Edwards has played a huge role in giving Klopp the resources he wants to work with by extracting maximum value from departures.

“I must also highlight the role of our sporting director, Michael Edwards in this journey so far,” said Klopp when he signed a contract extension to 2024 earlier this season.

“His input and collaboration has been just as important as anyone else’s in getting us into a position to compete for the game’s top titles.”

Having climbed the mountain, Liverpool plan on staying there.

A host of key players including Salah, Mane, Firmino, Robertson, Alexander-Arnold and Jordan Henderson have signed contract extensions in the past two years.

“Liverpool’s squad is young and all the key players are tied down on long contracts. They have huge potential to win more trophies,” former England captain Wayne Rooney, who also skippered Liverpool’s two biggest rivals, Everton and Manchester United, admitted on Sunday.

“For anyone in football who aspires to compete in an environment where every element of the organisation is at its very best – from the support of the supporters to the vision of the owners – there can be no better place than this,” said Klopp.