by Tony Orji
in Featured, INews, Sports Update, Uncategorized
Reading Time: 1 min read
A A
0
Share on FacebookShare on TwitterShare on Whatsapp 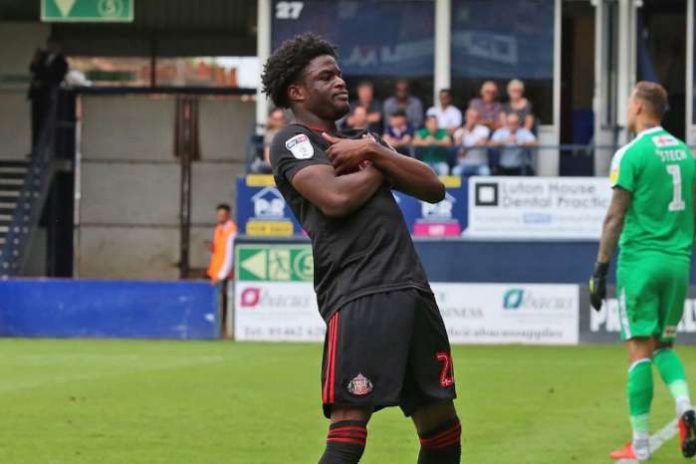 Super Eagles striker, Josh Maja, has been announced as Bordeaux’s top scorer in all competitions in the 2019/2020 season according to the club’s website.

It will be recalled that the French Ligue 1 was brought to an abrupt end due to the outbreak of coronavirus. PSG were declared as champions and Kylian Mbappe announced as the league’s top scorer for the second consecutive season with 18 goals.

Bordeaux announced Jimmy Briand as their top scorer in Ligue 1 with seven goals in 26 league appearances, while Josh Maja was named as the club’s top scorer in all competitions with eight goals for the Les Girondins.

Maja is tied on eight goals with two of his teammates, Jimmy Briand and Nicolas Depreville. Still, the Super Eagles star edged his teammates because he played fewer games, he also has a goal every 113 minutes.

He scored a memorable hat-trick against Nimes in December 2019. Maja made his Super Eagles debut against Ukraine in a 2-2 draw in September 2019, when he came on as a sub to replace Victor Osimhen.

The Deception Of Pride