by Tony Orji
in Featured, Inspiration, Lifestyle, Uncategorized
Reading Time: 3 mins read
A A
0
Share on FacebookShare on TwitterShare on Whatsapp 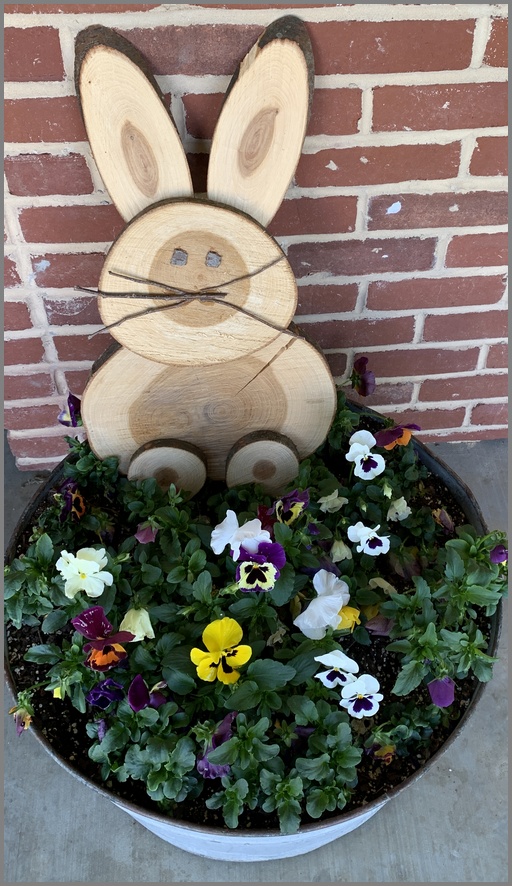 “Planter on the Old Windmill Farm with the bunny made from a tree by a friend of theirs. Some people talk of being bored these days with extra time on their hands – here’s a challenge: Count up how old this bunny is by the rings on his tree shaped belly”.
“Therefore a man shall leave his father and his mother and hold fast to his wife, and they shall become one flesh” (Genesis 2:24).

Yesterday was Mother’s Day, one of two Fifth Commandment holidays we have each year. Of course I’m referring to the Fifth of the Ten Commandments which states, “Honor your father and your mother, that your days may be long in the land that the Lord your God is giving you” (Exodus 20:12).

I often ask people, “Are you practicing the Fifth?” and they usually give me a puzzled look leading to an opportunity to explain the Fifth Commandment. But one man was rather perturbed at the question and informed me that he hadn’t done anything wrong that he needed to practice the fifth. He thought I was referring to the Fifth Amendment, which prohibits self-incrimination for one charged with a crime!

Well, everyone should practice the Fifth Commandment and on Mother’s day we have often written a message using this Commandment as a theme. It is a commandment we are to practice lifelong; as children, adults and even after our parents are gone. Today, although both our mother’s have moved on to heaven, we still want to honor them.

But today let’s consider the very first reference to “mother” in the Bible. It comes right after Eve’s special creation. Of course neither Adam nor Eve had a human mother or father and this was before they had children, thus it’s a prescriptive pattern; that is, God is prescribing the pattern for marriage and the family. Actually we wonder at this point if Eve even knew what a mother was or what childbirth and children were for that matter!

Genesis 2:24 is usually used as the pattern for marriage between a man and a woman and that it certainly is, although we now see it violated in stunning ways particularly with the redefinition of marriage in the last several years.

Let us consider this statement and what is taught:

“A man shall leave his father and his mother”.

A man: Although not explicitly stated this also means a woman shall leave her father and her mother and hold fast to her husband, and they shall become one flesh”.

Shall leave: The pattern is that after a period of child-rearing in the home the child leaves. We can watch this now in the natural world with our various bird families. How conscientiously the mother and sometimes father bird cares for the young. But there comes a time when they are to leave the nest, which requires a little nudging by Mama Bird at times. This is true of the human family as well. Of course there are special exceptions to this such as caring for a special needs child right through their adulthood but the normal pattern is to leave and establish a new family.

His father and his mother: This teaches the pattern and design of long-term faithfulness in marriage. However long we recognize the child-rearing period to be, when the child leaves by design, he leaves his father and his mother. In so many ways this design feature has been so drastically violated and we are certainly seeing the consequences.

Let’s be the remnant that follows God’s pattern in relationships both with our Creator and with His creation.