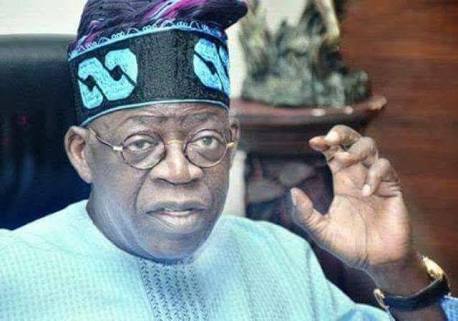 Tinubu berated the Atiku for what he described as

a shallow commitment to democracy, the rule of law and the
anti-corruption fight, stressing that his antecedents and current
position on the state of the nation lend credence to hypocritical
devotion to the cause of liberty and freedom.

He said the former number two citizen, who worked in tandem with his
boss, former President Olusegun Obasanjo, to rig elections in five
Southwest states, cannot be described as a democrat.

He recalled that, recently, the former vice-president was apologising to
the Peoples Democratic Party (PDP) for failing to also rig the 2003
governorship election.

The former Lagos governor chided Atiku for his subjective criticisms of
the Buhari administration’s battle against graft, lamenting that he
deliberately decided to support those who refused to thread the path of
honour and decency.

Tinubu, who reacted to Atiku’s State of the Nation Address, particularly
his position on the Justice Walter Onnoghen saga, wondered why the PDP
candidate had uncritically confused the suspension of the Chief Justice
with removal, thereby confusing members of the public.

He said the PDP flag bearer indulged in disregard for truth, patent
misrepresentation, mistatement and self-incrimination, which, instead of
exalting him, have made him unfit for the highest office in the land.

Rejecting Atiku’s claim to a life-long defence of democracy, Tinubu
said: “his previous life of over seventy years was one of skirting
democracy and of blatant impunity in attempting to enshrine reactionary
government and installing an unjust political economy.”

Tinubu chided Atiku, who he described to as “my dear and good friend”
for a shortfall in historical perception, saying the difficulty he
alluded to in his speech about the moment was less significant than the
difficulty with his personal memory.

Tinubu stressed: “When you lorded over Nigeria in tandem with President
Obasanjo, there were myriad court orders mandating that your government
render to Lagos State the funds due it to improve the lives of its
millions of inhabitants.

“Instead, you gladly and without dispute joined Obasanjo in utter
disregard for these unambiguous legal verdicts. In so doing, you
demeaned the rule of law. You also readily sacrificed the economic
development and welfare of millions of innocent people in Lagos just to
gain some illicit political advantage that proved to be fleeting and of
no avail to you in the end.”

To Tinubu, it is curious that Atiku pontificated on democracy and
executive restraint, oblivious of how he kept sealed lips “when Obasanjo
improperly removed Senate Presidents more easily than a trendy cad
exchanges a pair of shoes or changes the subject of his false
affections”.

He said the former vice president’s lamentation for his boss’ failed
plot to rig the 2003 poll in the Centre of Excellence, instead of
showing remorse, portrayed him as a destructive enemy of popular rule.

Tinubu said the searchlight should be beamed on the curious and strange
breed of democracy being professed by the Adamawa-born politician,
especially his disposition to the enthronement of an oligarchy for the
purpose of enriching his personal friends.

He stressed: “A few weeks ago in a televised broadcast, you even
revealed to the people that your official policy envisioned the base
enrichment of your friends, should you achieve the presidency.

I must assume that your lifetime as a defender of democracy began after
this long record of unjust deeds and even after your latest statement of
intent to mould Nigeria into an oligarchy.

“If this is not the case and if all these things you have done and said
are consistent with your current notion of democracy, then there is but
one conclusion. The democracy you now claim to support remains a rather
strange breed of democracy, such as to be nigh indistinguishable from
the regressive, rentier political economy you designed and foisted on
Nigeria as the crafty lieutenant of the bullish Obasanjo.”

Tinubu also flayed Atiku for stirring controversy and emotions by
claiming that Justice Onnoghen, who was suspended, was removed from
office by the president.

He said: “Strange that you would choose to depict the current situation
so inaccurately as to stir emotions unduly. You claim that CJN Onnoghen
has been removed. However, this is not so. He has been temporarily
suspended. You and your advisors should know and recognise the vast
legal difference between “suspension” and “removal”.

“Yet, you persist in conflating the two in what you say is a pursuit of
justice. While true you may be in pursuit of something. It is not
justice.

“If justice was your goal, you would acknowledge that the CJN has only
been temporarily suspended, not permanently removed. Thus, your recourse
to saying that the president violated the constitutional provision
regarding the removal of a CJN is inaccurate in that Buhari never
intended to remove the CJN.

“What he has done is to have the CJN temporarily get out of his chair so
that the serious matters against him can be heard by someone other than
himself. Should the charges show themselves to be wrong or unproven,
the CJN will be automatically reinstated as the head of the Nigerian
judiciary.

“However, for Atiku to state that the CJN should remain on seat while
credible and grave charges swirl around him is to put the entire
workings of the Supreme Court under a heavy cloud.”

In Tinubu’s view, President Buhari has handled the Justice Onnoghen
crisis with restraint, balancing the public concern about the integrity
of the judiciary with the concern about the rights of the chief justice.

He said: “It is ironic that Atiku of all people throw such darts at
President Buhari. Buhari actually exercised considerable restraint in
this matter. He has reasonably balanced concerns about the integrity of
the judiciary with concerns for the individual rights of the accused.
Nothing has been taken from the CJN that cannot be restored, if the
facts warrant such restoration.

“Thus, President Buhari conditionally suspended the CJN. By doing so,
this allows for the case to move forward without the CCT or others
fearing the CJN might use his position to unduly interfere with
proceedings. If the CJN is exonerated, then he will return to his
position. If not exonerated, then a more permanent discipline awaits
him.”

Tinubu said the President opted for a balanced approach, following the
realisation that the constitution does not provide clear and unambiguous
guidance on a sensitive matter where the chief justice is the
defendant.

He said while Atiku railed against President Buhari because he showed
restraint, it is doubtful if he and Obasanjo would have demonstrated
tact, if they were faced with a similar situation while in power.

Tinubu said Obasanjo and Atiku “would have put Onnoghen in the stocks or
shipped him off to that infamous farm in Ota where he would have begun
his new career in plucking poultry.”

He added: “It is curious that Atiku would take up the marker of a jurist
who has enjoyed the sweet but hidden benefits of several million
dollars of mystery money passing through his secret bank accounts, Even
when discovered, these accounts held several hundred thousands of
dollars in them.

“Someone in Atiku’s position would normally be wary of a judge thusly
tainted. A politician in Atiku’s position should more objectively be
concerned that the government would have been the source of the hidden
funds or that government would use the fact of the clandestine money as
leverage against the judge to make sure he did government’s bidding for
surely this is a jurist highly compromised by pecuniary indiscretion. 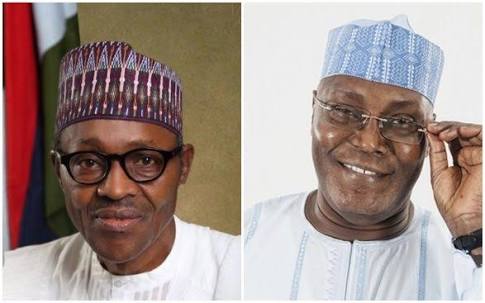 “It is almost unnatural that an opposition candidate would champion the
soiled cause of such a judge who seems to have sold something in
exchange for the money found in his vest’s secret pockets.

“Now, Atiku and his cohort seek to turn their personal disappointment
into a burning national issue. They seek to manufacture a constitutional
crisis where none exists.”