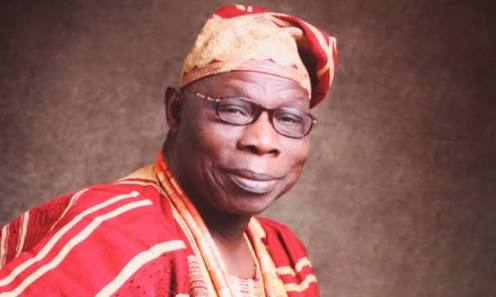 The Peoples Democratic Party (PDP) said it has been vindicated by the
concerns raised by former President Olusegun Obasanjo, detailing
President Muhammadu Buhari’s alleged scheme to use apparatus of office
to undermine the democratic system.

In a statement yesterday by its spokesman Kola Ologbondiyan, the party
restated its position that Buhari was out for a self-succession plot.

The party added that Obasanjo’s submission has also

reinforced its position that Buhari, and the ruling All Progressives
Congress (APC), having realised that the incumbent cannot retain his
seat in a free and fair election, were now besieging all democratic
institutions, including the judiciary, the legislature, the Independent
National Electoral Commission (INEC), while engaging in acts that
threaten the unity, peace and corporate existence of the nation.

It alleged that President Buhari and APC’s desperation for power is
putting the lives of over 200 million Nigerians at great risk, saying
such actions stoke violence and push the nation to the precipice.

The statement reads: “We are however not surprised that the APC, a party
that has shown that it is completely anti-people, quickly rose in
defence of the Buhari Presidency’s assault on our democratic order. The
APC has always been a deceptive soulless mob that would rather have our
nation burn than to be out of power.

“President Obasanjo’s concern is therefore a clarion call to all
compatriots, irrespective of ethnic, religious and political
affiliations to rise in defence of our democracy.

“He has reinforced the fact that this nation belong to all of us; that
our pride as a people lies in our resilience and globally acclaimed
ability to rise above and defeat every situation that challenges our
nationhood.

“The PDP, therefore, calls on all Nigerians to be at alert at this
critical time to stop President Buhari and the APC on their
anti-democratic trails with our votes.

“We should never allow anybody to set our nation on fire just to achieve
selfish ambitions. We must eschew all our differences and unite in
using our votes to take back our country from this dwindling,
incompetent, ineffectual, corrupt and anti-people administration.

“If we don’t take action with our votes, we would be giving up our
nation to totalitarian forces at our own peril and those of generations
yet unborn”.

13 States Where Buhari & Atiku Will Have Serious Battle