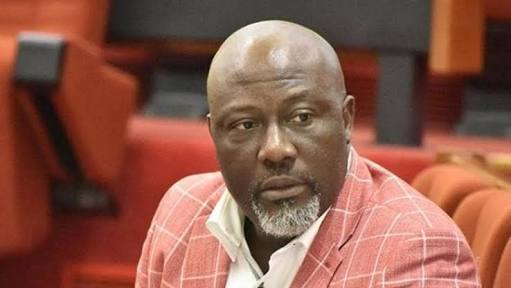 The absence of Dino Melaye in court on Monday stalled his trial before
Justice Olasumbo Goodluck of the Abuja Federal High Court.


The prosecuting counsel, Shuaib Labaran, had arraigned Melaye for
allegedly giving false information that incriminated David Onoja, chief
of staff to the Kogi State governor as the mastermind of an
assassination attempt on him.

The prosecution counsel further alleged that Melaye had in April, 2017
given false statement during a phone conversation with Mr Mohammed
Abubakar, son of the late former governor of Kogi State, Abubakar Audu.

The senator, however, denied committing the offence which contravened
Sections 140 and 393 of the Penal Code Law, Cap. 89, Laws of Northern
Nigeria, 1963.

On resumption of hearing on Monday, Labaran told the court that Melaye
was absent but that his counsel, Mr Olusegun Jolaawo, had explained the
circumstance of his absence.

The prosecuting counsel informed the court that Jalaawo had appealed to
him to agree to his request for adjournment since the court had
initially given two different days for continuation of hearing in the
case.

Labaran informed the court that he was not opposed to the defendant’s counsel’s request for an adjournment.

Jolaawo informed the court that Melaye was absent from court because he was in the custody of the police.

“Because the court does not take to speculation, the defence team had
obtained a certified copy order of the FCT High Court by Justice Yusuf
Halilu on January 9, ordering the remand of the senator in police
custody,’’ he said. 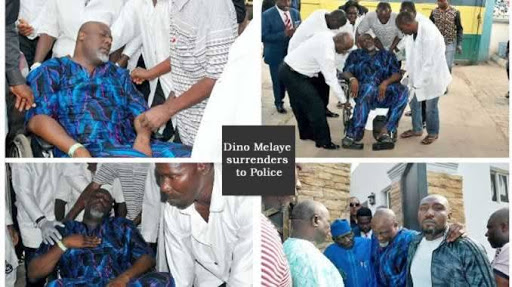 He said the defence team had tendered before the court a filed
application for the enforcement of Melaye’s rights, filed by Chief Mike
Ozekhome (SAN) before Halilu.

The counsel informed the court of the date the remand order would
expire, which made Justice Goodluck to adjourn the case until January
28.

Why Chief Justice of Nigeria Didn’t Appear At Tribunal

5 Things To Know About The New IGP, Mohammed Adamu