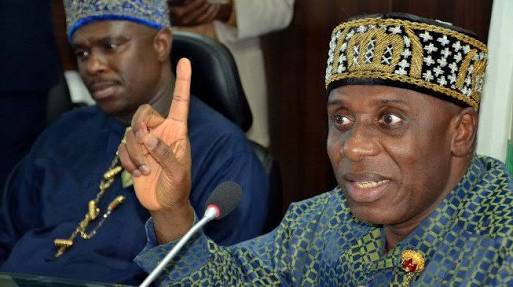 Nigeria’s minister of transportation, Rotimi Amaechi, has been heard in
an audio recording to be expressing shocking pessimistic views about
Nigeria and the administration of President Muhammadu Buhari, whose
re-election bid he leads.

The recording was shared with PREMIUM TIMES by Phrank Shaibu, a spokesperson for the PDP” Atiku Abubakar campaign.

The recording contains a portrayal of Mr Buhari as a dismal failure who
has been unable to meet the expectations of various segments of the
society, ending with a dismissal of Nigeria as a never-going-to-change
hopeless nation.

The transcript of the recording reads: “These are not things you publish ooo. If you publish them, you will never sit with me any day.

“The rate of poverty is very high. The people are hungry. Nigeria will never change!”

In an earlier recording also shared by the Atiku campaign, Mr Amaechi
appeared to be describing Mr Buhari as a leader that does not listen and
care.

According to the recording: “The president does not listen to
anybody. He doesn’t care. You can write what you want to write. The
president doesn’t care. Does he read? He will read, he will laugh. He
will say ‘come, come and see, they are abusing me here’.

“In fact, there was one case of somebody in Onitsha, a trader in Onitsha
who couldn’t sell his goats during Sallah. And I was with Oga on the
plane and the man was busy abusing Buhari. He said, ‘Amaechi, come, what
is my business with Onitsha goat seller?’”

When contacted, David Iyofor, the spokesperson for Mr Amaechi, said the
minister’s team was still reviewing the recording and needed more time
to do so before commenting on the matter. 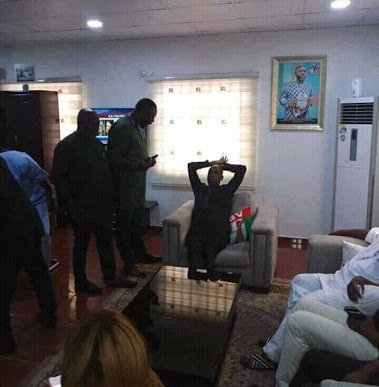 Meanwhile, Mr Shaibu said the leaked tape has shown that even the
president’s appointees lacked confidence in his ability to transform the
country.

He said, “The President should just quit honourably instead of wasting taxpayers monies on a failed reelection bid. The truth is that the other day, the President confessed that the economy had collapsed under his watch.

“On another occasion, the wife confessed to the fact that, the cabal and
not her dearest husband, President Buhari was in-charge of the country
and now, the Director General Of his re-election campaign has confessed
to the lack of capacity of President Buhari and the dismal failure of
his administration.

“Truth is, the President has established a record of failures which probably no other President would ever equal or erase…”