Atiku’s Journey To America: How It Really Happened 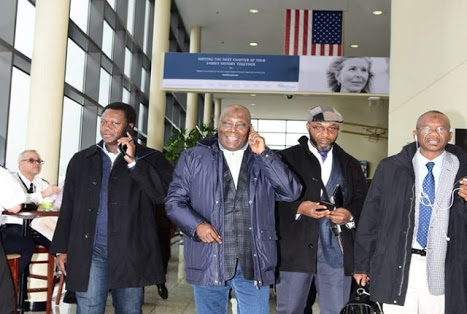 It was a well guarded trip, no leaks, no distractions, pure surprise for
many political watchers. In fact, while he was already in the plane
heading to America, some were still busy saying he can’t visit America.


Presidential candidate of the People’s Democratic Party (PDP), Atiku
Abubakar, arrived the United States of America yesterday and is, today,
expected to speak at the United States’ Chamber of Commerce in
Washington DC, from 2.30pm to 4:00pm.

Atiku is expected to speak at a private roundtable, hosted by the US
Chamber of Commerce and the US African Business Center at 1615 H Street,
NW 20062.

After controversies over the refusal of the US to grant him entry into
the country for 12 years, indications emerged in December 2018 that
Atiku was finally issued a visa by the US embassy.

The All Progressives Congress (APC) had used the fact that he was unable
to travel to the US as a result of a bribery scandal involving William
Jefferson, a former US congressman in 2004 to discredit him.

APC National Chairman, Adams Oshiomhole, has repeatedly said Atiku could
not go to the US because he was “running away from investigations by
the US authorities… The PDP has a presidential candidate who can only
travel to Dubai,” Oshiomhole had said.

During one of his interviews before he emerged the PDP candidate, Atiku
explained that though he had applied for visa, he was told that his
application is going through administrative process. He was eventually
cleared. 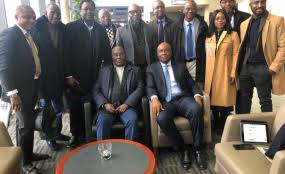 Yesterday evening, his Media Adviser, Paul Ibe, said in a statement that
Atiku would meet “with US government officials, the business community
and the Nigerian community.”
Tags: Lifestyle
ShareTweetSendShareSend
Previous Post