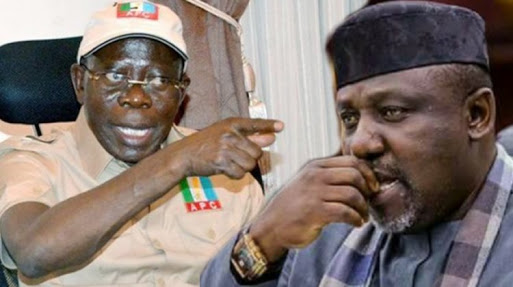 The National Working Committee of the All Progressives Congress (APC)
has removed the Imo State Governor, Rochas Okorocha, as the state
coordinator of the party’s campaign council.

The decision followed strong recommendation of the

disciplinary committee set up by the Imo APC over allegations of anti-party activities levelled against the governor and others.

The committee chaired by Mathew Omegara had earlier summoned the governor and six others to appear before it.

The National Publicity Secretary, Mallam Lanre Issa-Onilu, had said the
National Working Committee of the party would meet to consider the Imo
APC recommendation that Okorocha should be suspended.

“What has happened in Imo shows that the APC means business. Once they
have complied with all the rules, no problem. When they bring the
recommendation to the NWC, we will look at it,” he had said.

But a member of the Imo State chapter of the APC told The Punch that
Okorocha had already been removed by the NWC as the campaign coordinator
of the party.

Okorocha had vowed to work for his son-in-law, who is the governorship
candidate of the Action Alliance, Uche Nwosu, against the APC candidate,
Senator Hope Uzodinma.

The member said, “The party has already removed Okorocha as the
coordinator and directed Uzodinma to take over the campaign council.
During the visit of the wife of the President to the state for campaign,
the governor invited his son-in-law to the stage and raised his hands
up. This jolted many of us who saw it as an affront to the President’s
wife and the party.” 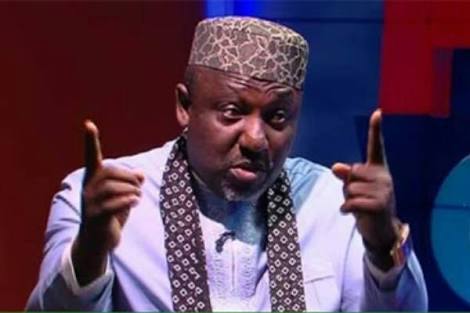 When contacted for verification on Sunday, Issa-Onilu said the removal
of Okorocha was instant since his suspension came from his ward.

He said the implication of Okorocha’s suspension was that he could no longer function as the state coordinator.

Issa-Onilu said, “The APC had directed governors to take over the
campaign of the party in the state. Where it has no governor, it
directed governorship candidate to take over. Since Okorocha has
displayed anti-party traits, you can’t expect him to be part of our
strategic meetings again.”