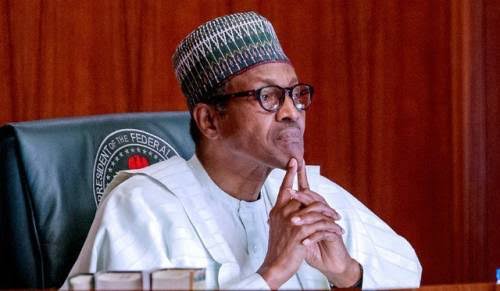 President Muhammadu Buhari has written the Senate, explaining why he
refused to assent to the Electoral (Amendment) Bill, 2018 recently
passed by the National Assembly.

His action had led to a lot of reactions from Nigerians.

The Senate President, Bukola Saraki, read the President’s letter at the plenary on Tuesday.

President Buhari’s letter to the senators reads: “Pursuant to Section 58
(4) of the Constitution of the Federal Republic of Nigeria 1999 (as
amended), I hereby convey to the Senate, my decision on 6th December
2018 to decline Presidential Assent to the Electoral (Amendment) Bill,
2018 recently passed by the National Assembly.

“I am declining assent to the Bill principally because I am concerned
that passing a new electoral bill this far into the electoral process
for the 2019 general elections, which commenced under the 2015 Electoral
Act, could create some uncertainty about the applicable legislation to
govern the process.

“Any real or apparent change to the rules this close to the election may
provide an opportunity for disruption and confusion in respect of which
law governs the electoral process.

“This leads me to believe that it is in the best interest of the country
and our democracy for the National Assembly to specifically state in
the Bill that the Electoral Act will come into effect and be applicable
to elections commencing after the 2019 General Elections.”

Continuing, Buhari explains, “It is also important for the following drafting amendments to be made to the Bill:

”A. Section 5 of the Bill, amending section 18 of the Principal Act
should indicate the subsection to which the substitution of the figure
’30” for the figure “60” is to be effected.”

“B. Section 11 of the Bill, amending Section 36 should indicate the subsection in which the provision is to be introduced.

“C. Section 24 of the Bill which amends Section 85(1) should be
redrafted in full as the introduction of the “electing” to the sentence
may be interpreted to mean that the political parties may give 21 days’
notice of the .. intention to merge, as opposed to the 90 days provided
in Section 84(2) of the Electoral Act which provides the provision for
merger of political parties.”

“D. The definition of the term “Ward Collection Officer” should be
revised to reflect a more descriptive definition than the capitalized
and undefined term “Registration Area Collation Officer.”

The President concluded his letter with greeting to the lawmakers:
“Please accept, Distinguished Senate President, the assurances of my
highest consideration.” 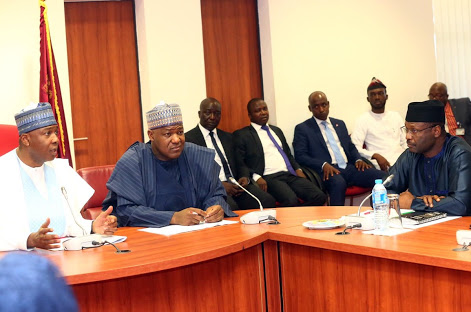 After Saraki finished reading the President’s letter, Senate Leader
moved that all items on the Order Paper be stood down to another
legislative day.

Minority Leader seconded the motion and the Plenary adjourned to Wednesday, 12th December, 2018.