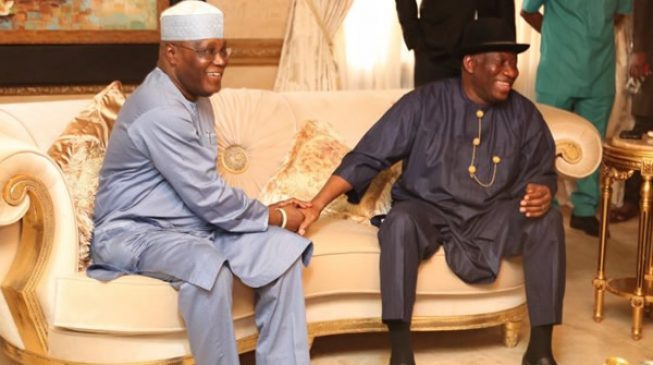 PDP presidential candidate, Atiku Abubakar, has said he will decongest
the exclusive and concurrent lists in the constitution as part of his
plan to restructure the country.

Atiku, who disclosed this to The
Punch through his media aide, Phrank Shaibu, also said the report of
the 2015 Constitutional Conference on restructuring would be looked into
by relevant stakeholders, adding that appropriate decision that would
be of national interest, would be taken.

He said it is not for one person to dictate that the report must be adopted or not.

Atiku
said, “The autonomy of the states and local governments, both of which
are closer to their people than the central government in Abuja, will
result in more effective decisions that would be more potent and
impactful in terms of results and effects.”

Explaining the
modalities for his planned restructuring, the former Vice President
stated that the Federal Government would retain the role of providing
the required direction for the economy, defence and national security,
internal law and order, currency, international affairs and foreign
policy, customs, citizenship and immigration, firearms and related
matters.

He said matters relating internal security, police, law
and order, minerals and mines, land and environment as well as railways,
transport and communication would be devolved to the concurrent list.

Atiku added that local governments would assume its constitutional status as an independent tier of government.

ASUU and FG To Meet Today To End Strike