ASUU and FG To Meet Today To End Strike 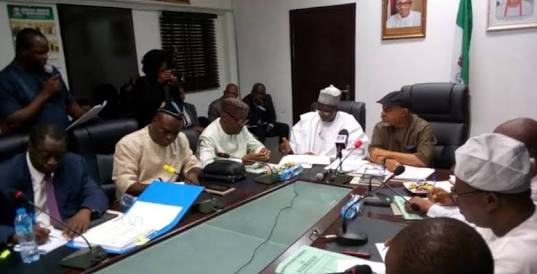 The Minister of Labour and Employment, Dr Chris Ngige, will meet the
leadership of the Academic Staff Union of Universities this Monday to
conclude the negotiation on the suspension of the strike by ASUU, which
has entered the sixth week.

ASUU had claimed that the strike was informed by the poor funding of the
nation’s universities and staff remuneration that led to the union’s
ongoing strike, which began on November 5.

The Director of Press at the minister’s office, Samuel Olowookere, who
made this known in Abuja on Friday, said negotiation for solutions to
the issues tabled by ASUU was ongoing.

“Labour minister is again meeting with ASUU on Monday by 4pm. You may
wish to attend,” he said in a text message without elaborating.

Olowookere however refused to give the details of the partial agreement
said to have been reached by both parties in their last meeting.