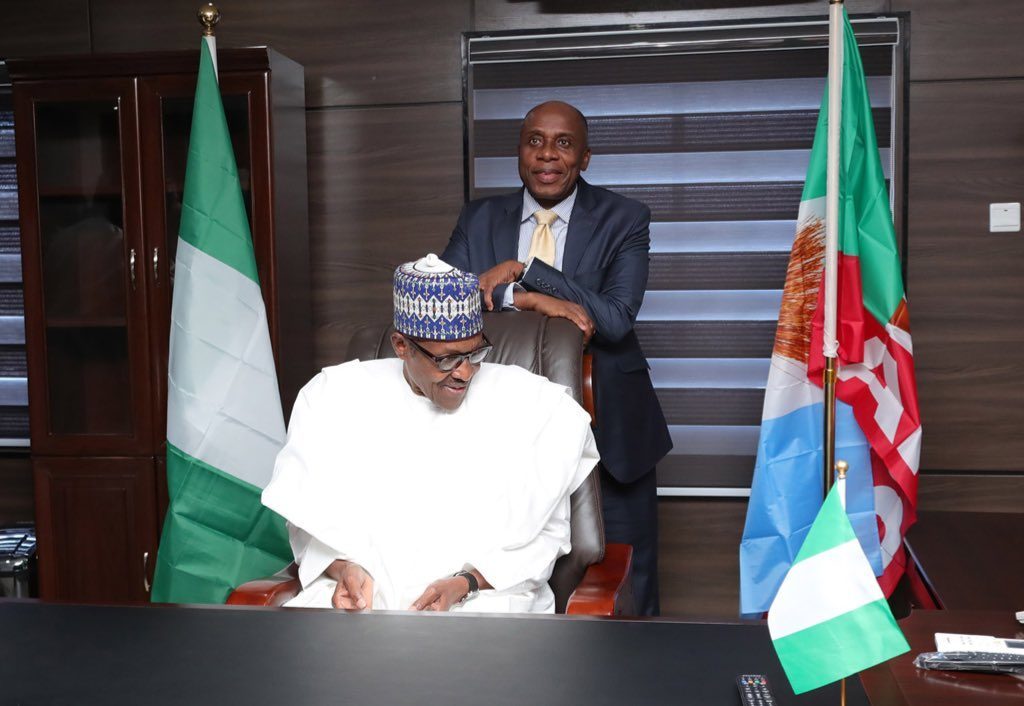 The Director-General of the President Muhammadu Buhari Campaign
Organisation, Rotimi Amaechi, has played down the significance of a
presidential debate ahead of the 2019 presidential election.

The president failed to debate ahead of the 2015 election.

With
early signs from the presidency indicating that he might not show up
for any presidential debates again ahead of next year’s polls, many
contestants have called on him to debate them.

While speaking
during an interview on Arise News Television on Thursday, November 15,
2018, Amaechi said he made the decision for the president to not appear
for the 2015 debate because it was unnecessary.

“I made that
decision as the DG of the campaign that it was unnecessary. That it was
better that he spoke to Nigerians as he went on the campaign. The debate
does not offer the solution,” the Minister of Transportation said.

When
questioned about if the president would show up for a debate this time
around, Amaechi said the president’s campaign committee will make a
decision at a later date.

He said, “What will inform that
decision (to attend presidential debate) will be when we have sat as a
campaign committee and we’ll look at the issues. What do you want to
debate about?

He later added, “I didn’t say the president won’t come. I said that when the time comes, we’ll evaluate what the issues are.”