ATIKU: Why Selling Assets To Fund The Budget Is Irresponsible 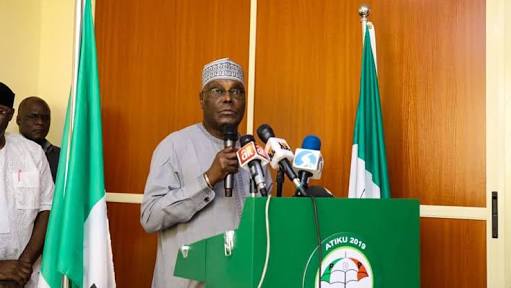 PDP presidential candidate Atiku Abubakar has condemned the plan by the
Federal Government to dispose of some national assets and use the
proceeds to fund the 2019 budget.

The former VP described the plan as irresponsible.

Reacting
via a statement in Abuja on Wednesday through his media office,
Atiku said it was ridiculous that the Buhari administration was planning
to sell assets that were built by the PDP despite the claim by
President Muhammadu Buhari that the successive PDP governments from 1999
to 2015 did not build any infrastructure.

The statement said,
“The attention of the Atiku Presidential Campaign Organisation has been
drawn to a policy statement by the Muhammadu Buhari administration
evincing a plan to sell national assets to fund the 2019 budget.

“Our first response would be that this action by the Buhari government has the effect of ridiculing their principal.

“It
will be recalled that on Monday the 29th of October, 2018, President
Buhari accused past leaders of the Peoples Democratic Party of not
building public infrastructure, while delivering the 75th Anniversary
Business lecture of the Island Club, Lagos.

“However, some of the
assets listed for sale in the policy document of the Buhari
Administration, were assets built or established under the PDP
administrations that governed Nigeria between 1999 and 2007.

“Some of them were the brainchild of the Presidential candidate of the Peoples Democratic Party, Atiku Abubakar.

“Our
question is this: If the PDP did not build infrastructure as alleged by
President Muhammadu Buhari, who built these assets that this
administration wants to sell to fund their 2019 budget?”

The
former Vice President added that as the head of the Economic Management
Committee during the Olusegun Obasanjo administration, Atiku supervised
the successful policy of privatisation.

He added that
privatisation worked because it was seen as a long-term strategy to
engender efficiency in the economic system and expand the frontiers of
the private sector activity.

He said that its (privatisation)
primary goal is not to raise money for short-term stabilisation of what
is clearly a fragile fiscal system.

The government’s planned sale of assets, he said, would cause long-term pains and only provide short-term gains.

He,
therefore, warned that it makes no sense to sell public assets simply
to fund a ‘business-as-usual’ budget that is essentially 70 per cent
recurrent.

He said, “It is irresponsible to part with valuable
assets simply to consume the proceeds (Like selling your family house to
take a trip overseas on holiday).

“We knew that such a day would
come, which is why Atiku Abubakar has on various occasions made it
clear that what is needed at this time is fiscal restructuring to
eliminate our addiction to oil revenues and strengthen our internal
revenue generating capacity and a restructuring of the budget in favour
of capital spending.

“For instance, last month, the PDP
Presidential candidate questioned the wisdom behind the Federal
Government sharing $322 million Abacha loot to certain Nigerians, only
to obtain a $328 million loan from China, allegedly for ICT
development.”