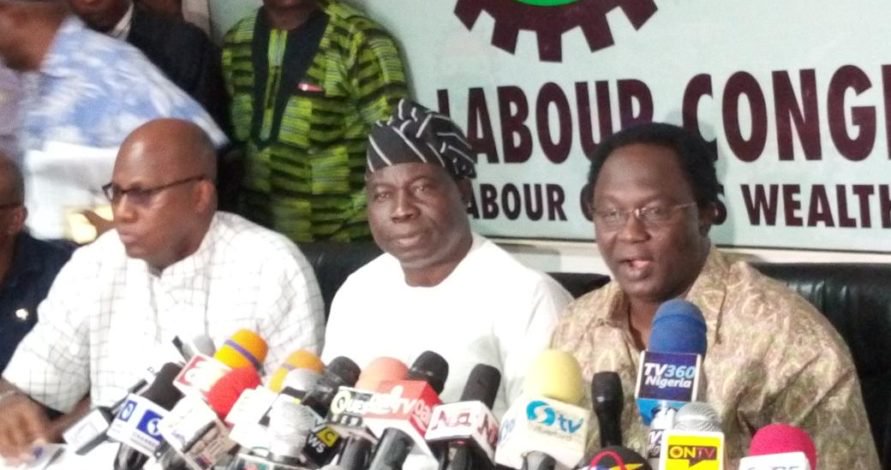 Following the federal government’s announcement that it has proposed
N24,000 as the minimum wage for civil servants after consultations, the
Nigerian Labour Congress (NLC) said it will hold an emergency meeting to
take a decision.

The general secretary of
NLC, Peter Ozo-Esan, in an interview with Premium Times last night said
the committee adopted (through a motion) to recommend N30,000 naira as
the minimum wage and that motion was moved and seconded by members from
the labour union and the employers’ representatives.

The minister
of labour and employment, Chris Ngige, on October 10 after Federal
Executive Council meeting debunked media reports quoting the president
of the NLC, Ayuba Wabba that the tri-partite committee discussing the
demand for new minimum wage has agreed to increase it from the current
N19,200 to N30,000.

“Such information is not true,” Mr Ngige said

But Mr Ozo-Esan said the tripartite committee adopted a figure and “that is the only relevant thing in the issue”.

“If
Ngige is manufacturing something that was not agreed at the table, that
is his problem. We have called our organs for an emergency meeting that
will hold next week and the next step will be taken from there. We have
no business with Ngige’s falsehood and his falsified process of the
committee work,” he said.

Earlier, the national president of
United Labour Congress (ULC), Joe Ajaero, on October 16 said the labour
unions would not sign any agreement with the federal government on new
National Minimum Wage if it is less than N30,000.

“N24,000 can never be the new Minimum Wage for workers. If the government pays it, then it is an award,” Mr Ajaero said.

Mr Ajaero said the tripartite committee agreed that N30,000 would be paid at the end of its negotiations

He
said it was sad that N30,000 was adopted by the tripartite committee
“but the representatives of government announced N24,000”.

The
labour leader said the unions would stand against it and would not sign
any document, which does not reflect the true deliberation by the
tripartite committee.

Labour also said the No work, No pay policy
being talked about by the Presidency can’t work and should be
jettisoned to avoid more troubles.

Ooni Of Ife Celebrates His 44th Birthday In Style (Photos)