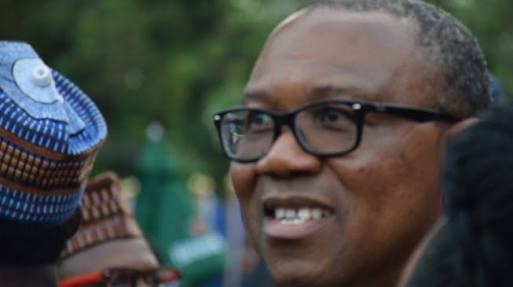 The Ohanaeze Ndigbo, Anambra State Chapter, has described some Igbo
Presidential candidates in the 2019 general elections as midgets.

The Igbo socio-cultural organisation at a press conference in Awka,
Anambra State, likened such candidates with “somebody trying to go to
Lagos from Awka by bicycle.”

Speaking at the conference, the State President of the group, Damian
Okeke-Ogene, stated that the chapter had decided to support Peter Obi,
who was nominated as the running mate to the presidential candidate of
the PDP, Atiku Abubakar.

“So, we have chosen the person we shall support in that election based
on his acceptability, capacity and chances to achieve result.”

Pre-wedding Photos Of A Nigerian Couple Who Love Football