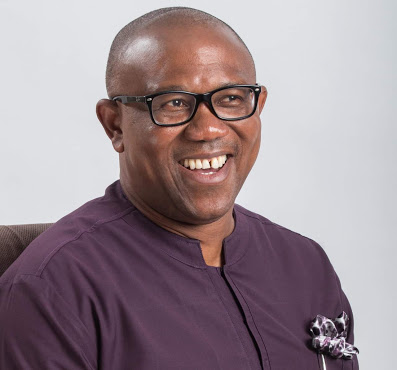 The vice presidential candidate of the Peoples Democratic Party, PDP,
Peter Obi on Monday stated that Igbo leaders as well as governor’s of
the zone never disagreed on his nomination as VP candidate but disagreed
with the process.

Peter Obi who visited Governor David Umahi in the
Government House Abakalikii said he was in the state to intimate them
about his nomination as the Vice Presidential candidate of PDP in the
forth coming general election and to solicit their support.

Obi
said he also came to solicit the support of the Governor of Ebonyi State
towards the coming election and commended the governor for his
developmental strides since he assumed office.

“Umahi is our
leader, he is a man of impeccable character, he was at the centre of the
storm but I want to tell the people that Umahi and Igbo leaders were
misrepresented badly. Igbo leaders never disagreed with my nomination as
VP candidate but disagreed with the process but I am here to solicit
for your support “, he said.

He lamented the mismanagement of the country by the APC.

“PDP
as a party is desirous of returning to power at the center not just
because we want to return to power but because we have seen that in our
country Nigeria every indices of development today is heading south and
we cannot continue that way in terms of borrowing and all other indices
everything is heading south. So PDP wants to come back and continue
rebuilding the nation”, Obi added.

Reacting, Governor Umahi
commended the former governor for his humility and described him as an
asset to the country and the PDP.

He said the state is completely with Peter Obi and Atiku ticket.

He
noted that the zone will still meet with the Presidential candidate of
the party, Atiku Abubakar to discuss his plans for the region.

‘I
have every reason to be happy very with you. There is no way even if I
was nominated I will be the Vice Presidential candidate. I still have
more than four years as a Governor. Secondly, we have always supported
ourselves. During my campaign, you came and even gave us vehicles”

“A
lot of people have understood that there is nobody that is against our
son, nobody has anything against you and that’s why everywhere you go
the south east Governors will roll out their drums. But no Governor in
the south east will say the process, I approve of it and he(Obi) didn’t
approve of it. He told me, ‘look if I were in your position, I will be
angrier’ and that is an honest man who understands what his people are
saying.”

“And so sir, you have done very well because what you did is to save the
party. I feel that all these noise they are making is marketing the
party, you have saved the party and I want you to keep on explaining to
those who didn’t understand so that they can understand”.

“Probably,
if we didn’t raise eyebrow about that, we would have probably gone into
the victory and we now begin to say we are now marginalized. I will
never repent on that that which is going to come to south east, when we
see what is going to come to south east we will sit down and ask what
Ebonyi will get. We have close to 1.5million votes but we are working to
deliver 1.3 votes, that’s the fact and with that we will be saying what
is coming to south east and what is it that will come to us, this is
very important.

“I am a straight forward person. If we are giving support to PDP, we are
giving support to PDP and there is no doubt about that. We are PDP, no
more no less. Sir, we will give you the support but we must see our
presidential candidate to discuss with us what he has for south east and
Ebonyi.”