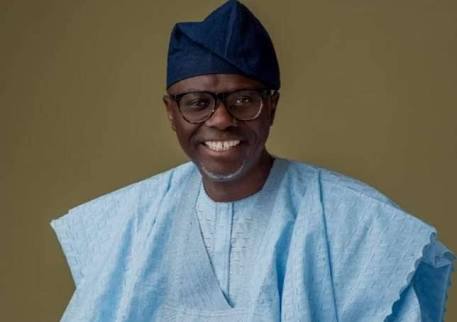 The Peoples Democratic Party, Lagos State chapter, has said the
emergence of Babajide Sanwo-Olu as the governorship candidate of the APC
would facilitate a seamless victory for the PDP in the 2019
governorship election in the state.

Gani Taofik, the party’s Publicity Secretary, said the PDP would
beat Sanwo-Olu and the APC black and blue, adding that Asiwaju Bola
Tinubu, a national leader of the APC, rejected the incumbent governor,
Akinwunmi Ambode, for a second term in office because of alleged
disagreement in the sharing of Lagos money.

He
told Daily Independent: “We don’t see Sanwo-Olu as a threat at all in
the forthcoming governorship election. In fact, we will beat him and the
APC black and blue. Our candidate will win him hands down because we
know that the only reason why he has been presented is to be used as a
conduit pipe to siphon Lagos money.

“It is obvious and in
the public domain that the disagreement between Tinubu and Ambode is
because of the sharing of Lagos resources. While one insisted that he
must continue to get his percentage, the other said that it cannot
continue and he wants development.

“So, I think Sanwo-Olu’s emergence has made our job very easy. We will beat him black and blue.”