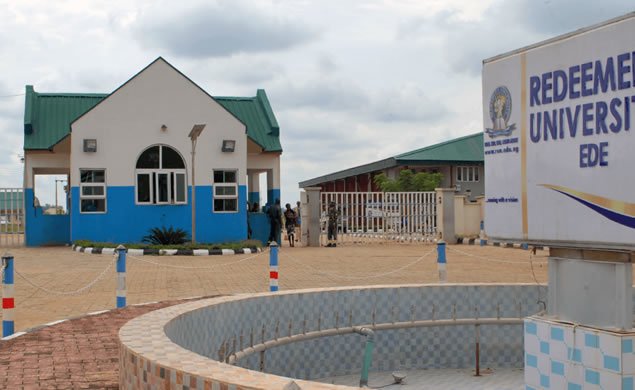 He further said 160 graduands had second-class honours while the remaining 178 bagged third class and pass degrees.

He
said the university would also confer the D. Mgt. honoris causa on the
Timi of Edeland, Oba Munirudeen Lawal, for demonstrating exemplary
leadership.

Adeyewa, who spoke at a pre-convocation press conference in Ede, also
said the university was set to inaugurate its radio station.

He
said the convocation, which would take place on Sept. 20, would also
feature the inauguration of the university’s radio station.

The
vice-chancellor said the radio station would be managed by the
university’s mass communication students and would also serve the
immediate community of Ede.

Adeyewa, who is stepping down as
vice chancellor at the end of September after seven years, cited the
university’s breakthroughs in research, especially in the area of
infectious disease diagnosis, as his achievement.

He said the
Africa Centre of Excellence for Genomics of Infectious Diseases, a
project funded by the World Bank, was established in the university.

The
vice-chancellor said the centre had carried out various activities
bordering on diagnosis, prevention and control of Infectious diseases
such as Ebola virus, Monkey Pox and Lassa fever.

He also said
more than 600 students and other experts from across the world had been
trained by the centre on diagnosis and containment of Monkey Pox.

Things To Consider Before Buying A Game Console