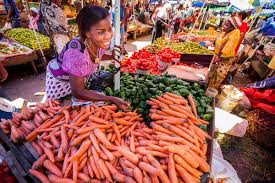 Nigeria has been losing about N1.3 trillion annually due to the
inability to exploit the Gamma Irradiation Facility (GIF) at the Nuclear
Technology Centre (NTC), Sheda Science and Technology Complex (SHESTCO)
in Abuja, Dr. Abduljhalil Tafawa-Balewa, said yesterday.

Tafawa-Balewa, a nuclear chemist, said that the facility which had been
wasting could make over 15 percent of the country’s annual budget.

Speaking with NAN in Lagos, he described as regrettable that the
facility, one of the most modern commercial irradiation facilities in
the world and the only one in Africa was not being exploited.

Gamma irradiation is a technology meant for the preservation of food
crops and other agricultural products; it is a process by which products
like yams, tomatoes, mangoes, oranges and other food products are
passed through a ray called the Gamma Ray.

When food crops are passed through the ray, it sterilises the foods
crops against microbial infection. The ray also maintains the quality of
the food product against spoilage, thereby curbing post-harvest losses.

The nuclear chemist said: “That facility was established strictly for
food preservation, reduction of senescence, that is, reduction of
ripening in fruits and vegetables which will give you an opportunity to
add value to these agricultural products.

“If a crop is passed through this ray, it will make the crop to last for
more than six months or one year without microbial infection or
reduction in the quality of the product. This will also help to export
some agricultural products outside this country without using chemicals.

“In yam, the technology inhibits sprouting and maintains the quality of
the yam for the period of storage. Gamma irradiation is where the rest
of the world is going. Ghana has a gamma irradiation facility that is
under as ace as the one we have in Nigeria and this helps them.

“If you go outside this country and you want an African yam, you will
only get a Ghanaian yam. Some people have been smart to take Nigerian
yam to Ghana, have it irradiated for reduction of microbial growth or
senescence.

“A lot of them are being returned to us for simple reason. Europe does
not like and want the type of pesticides or chemicals we use on our food
for preservation before we ship to them.

“They think if we want to poison our people,we should not poison them as
well. So they placed an embargo on foods coming from Nigeria when we
have this massive irradiation facility that can take care of all of
this.”

Tafawa-Balewa said the facility, if filled with cobalt-60 could do
cross-linking polymerization of acrylamide built with Potassium
Caprylate which would help to have several seasons of growth for plants
and other products that did not take more than 90 days to harvest

According to him, Nigeria is losing out on that even though it has both subsistence and commercial farmers.

Tafawa-Balewa said that the technology could also be beneficial to
medical practitioners as it could be used for sterilisation of medical,
clinical and pharmaceutical products and equipment.

He said: “Gamma irradiation can be used to sterilise medical equipment
because you can go into a hospital and go home with a different disease
from what you went with because of poor sterilisation. It can also be
used for cross-linking of rubber and other organic materials to engage
in the polymerisation of these rubber products.

“About N1.3 trillion is being lost annually because we have not been
able to exploit this. We have been placing square pegs in round holes.
The managers do not know how to run the facility.”

He added that the facility could employ about 220,000 people when it is optimally operational.

Gbajabiamila Meets Man Whose Keke Has A Fan, Refreshments