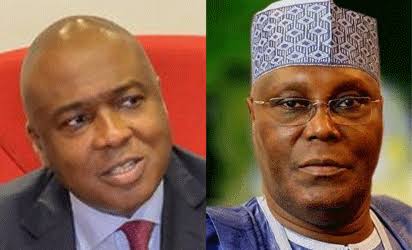 The Board of Trustees of the Peoples Democratic Party has barred its
members from campaigning for any of its presidential aspirants.

The BoT took the decision not to back any aspirants at its meeting in Abuja yesterday.

Chairman
of the Board, Senator Walid Jibrin, who spoke with journalists after
the meeting, also said that the Board would look at the possibility of
pruning the number of the aspirants.

He said that the BoT would
set up a committee that would look into it, but added that the none of
the aspirants would be forced to step down.

He said, “The BoT
deliberated on the current situation in the party. We also discussed
about the number of our presidential aspirants.

“We are
recommending that we have to manage the situation very well, so that it
does not lead to crisis. The presidential aspirants are 13. We are
trying our best to ensure that the number is reduced.

“But we are
not forcing anybody. More consultations are ongoing among the elders.
We are going to bring out a committee that will be best for Nigerians.

“We
are forming a committee to meet with the aspirants. After that, we
will decide on what to do. We have decided to firm a special committee
to advise the National Working Committee.

“If you are a member of
BoT, you remain as a member of BoT and conscience of the party. They
should not move about with any aspirant.

“Anyone of us who move about with any aspirant should resign from the BoT. We are the one that will settle the complaint.

“But
if we are involved it will not be fair. So we have told the members not
to campaign with the aspirants; we are also the delegates.” ‎