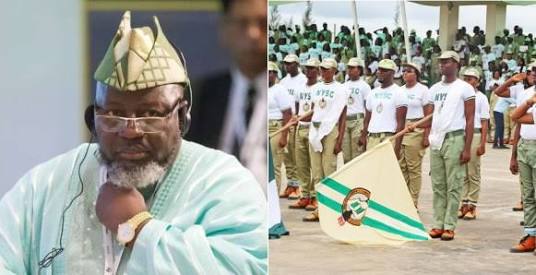 Adebayo Shittu, Minister of Communication, has said it would be his
pleasure to participate in the National Youth Service Scheme (NYSC).

The minister, who was recently screened out of participation in the
governorship primary of the party, for not participating in the NYSC
scheme, had earlier insisted that he didn’t need the certificate since
he had done “higher service” in the Oyo State House of Assembly.

However, during an interview programme, State Affairs with Edmund Obilo,
Shittu said he would be willing to participate in the scheme.

Asked
if he would be ready to participate in the NYSC scheme, he said: “Of
course, I would go. It would be a pleasant thing to go. After I’m a
governor by the grace of God.”

He also said he would be ready to
serve wherever he was posted, stating that “I’ll serve in any place, if
it becomes necessary for me to go.”

When asked if he would still
participate in the NYSC scheme, even if he doesn’t become governor, he
said: “If it becomes necessary, I will. Courts would have to decide
whether serving in the House of Assembly and being minister is not
superior and does not replace service in the NYSC.”

Should Ambode Be Impeached For “Daring” To Contest Against Candidate Backed By Tinubu?