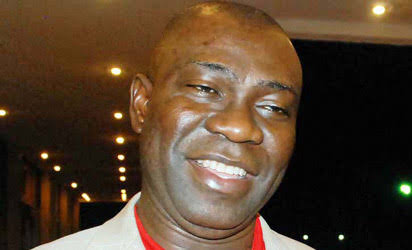 Deputy Senate President Ike Ekweremadu fell ill on Tuesday during
interrogation by operatives of the Economic and Financial Crimes
Commission (EFCC), it was learnt yesterday.

Ekweremadu was being grilled over his numerous assets in Nigeria, United Kingdom, United States and United Arab Emirates (UAE).

He was asked to account for how he came about over 60 assets.

When
it appeared that he was getting weak, the Deputy Senate President was
permitted by the EFCC to seek medical attention in the hospital.

The
resumption of the investigation on Ekweremadu’s assets will now be
determined by his fitness and the medical report from the hospital, it
was learnt.

A top EFCC source said: “We were able to highlight
additional 38 assets, added to the initial 22 on which he ought to give
explanation.

“The grilling started smoothly until he complained of discomfort and he was unable to continue to answer our questions. His sudden illness might have arise from high blood pressure.

“Since he needed urgent medical attention, we allowed him to go to the hospital of his choice for treatment.”

The
Federal Government, through the Special Presidential Investigation
Panel for the Recovery of Public Property, had traced 22 assets to
Ekweremadu.

The said assets were suspected to have been acquired through illicit funds.