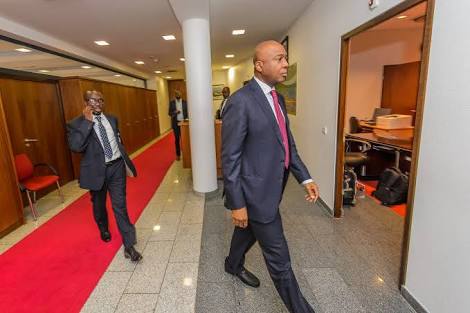 Senate president Saraki had met his supporters where he told them that
he dumped the APC because of their insistence that he should do so and
the guidance he received from God.

He said Kwara State was marginalised in terms of appointments by the Presidency.

Saraki said, “We discussed this issue last week when I came home. You
told me that you were tired of the APC, but I asked you to exercise
patience. I told you that I will seek God’s guidance and feed you back
on my return to Ilorin.

“The Federal Government appointed over 200 persons into juicy offices
without allotting any slot to me or (Speaker Yakubu) Dogara. Everything went to Katsina, Katsina, Lagos, Lagos. If not for the love I have for Nigeria, we would have scattered everything. They don’t want us in their party. They don’t like us in Kwara.

“What I am after is for my people to enjoy dividend of democracy. I want
us to be in the party that will love my people. Wherever we are, we
will win elections. The governor told me he’s tired of the APC.

“Those we are talking to in the PDP have understood that we need to move
Nigeria forward. There is no cause for alarm. We should forget about
personal ambition as we move to a new party. What should be paramount in
our minds is Nigeria’s progress. We will set up our committee which
will be meeting with the PDP committee. I’ve met with great stakeholders
in the PDP such as Prof. Sulaiman, Ajibola Simon and Yekini Alabi and
we have all agreed to work together. We should cooperate with the PDP
people who we are joining.”

Dino Melaye Reacts to Presidency’s Call for Senate To Reconvene

2019 Presidency: The Men Who Will Determine PDP Candidate