Okorocha’s N50m Inducement Was Rejected By Me, That’s Why I Was Suspended – Lawmaker 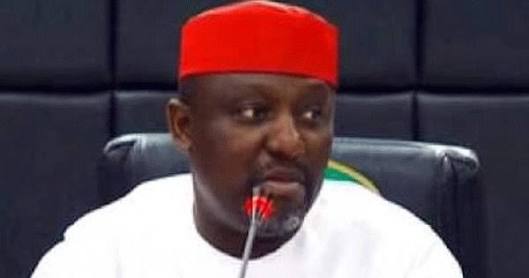 One of the four lawmakers suspended by the Imo state House of Assembly
on Wednesday for alleged “unparliamentary conducts”, Hon. Nkenna Nzeruo,
representing Oru East, has accused the speaker and the 21 other
lawmakers of witch hunting him.

He claimed that he was suspended
because he rejected N50m oath taking inducement to support the
governorship aspiration of Governor Rochas Okorocha’s son-in-law and
chief of staff, Uche Nwosu.

The lawmaker in a
release he personally issued in Owerri, said that part of his ordeal was
because he rejected the N50m oath taking inducement and refused to go
to the media to attack Senator Hope Uzodimma who is having political
issues to settle with the governor.

He said apart from his suspension from the legislature, he has been marked for physical assault.

The
statement read in part, “First, I was duly elected as member
representing the good people of Oru-East state constituency in the Imo
State House of Assembly and till date, I have not been found wanting in
the discharge of my legislative functions; neither have I faced a
disciplinary committee for whatever reason.

“I have stated this
for the records, because no credible reason was given for my suspension
from the house, rather, the speaker said it was for unparliamentary
conduct.

“The crimes I committed are that I gave heed to my
people, whose mandate I represent, not to participate in any oath taking
for the sum of N50m to protect my integrity before God and my people.

“That
I refused to go to the press to attack, abuse and assassinate the
character of Senator Hope Uzodimma as instructed even when he is my
brother, constituent and also a BoT member of same party (APC).

“My alleged refusal to join the bandwagon of the Ugwumba Movement
(Agburu) supporting a particular governorship aspirant in Imo State.

“That
I wore the uniform provided by and for the South East members of the
party (APC) for the just concluded National Convention of the party at
Abuja.

“How these become an unparliamentary conduct is yet to be
proved. You will recall that a few weeks ago, news filtered in about
oath taking scare in the House of Assembly, which I was also not
included, because it is not a part of my legislative functions.

“This
is simply the outcome of the APC national convention of 23rd June,
2018, at Eagle Square, Abuja, that has resulted to this witch-hunting.

“I have also been reliably informed that other forms of attack are being programmed against me.

“Remember
my people, that the mandate you gave me is so precious, that we endured
two painful primary elections and three grueling general elections,
including supplementary elections, all of which we were victorious
because of your support.

“I assure you that God is involved and
that with your continued support, which is sure for me, we shall weather
any storm and come out with resounding victory.

“Thus, I urge you all to remain calm, while we go through this, because it will surely end in praise.”

What Lies, Deception Are Doing To Marriages

Points For Deciding Where to Go on Vacation