What Lies, Deception Are Doing To Marriages 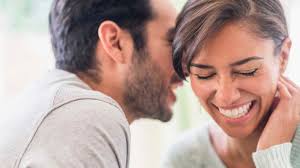 It is amazing that even the simplest, smallest of lies erodes the fabric
of a relationship. Think about it: if a person is capable of lying to
you on something small, what will stop them from lying to you on
something big?

On the other hand, if your spouse is capable of
lying to you on something large, with broad ramifications, why would
they not lie to you on a smaller matter? Trust is decimated by lies.

Deception in marriage is disastrous!

We all know it and yet most of us have lied at one point or another in our lives. You are aware that lies have a way of being eventually exposed, and yet you still try to get away with it. Why fooling yourself?
We know that deception will ruin a relationship, and yet we deceive
ourselves into believing that perhaps we can get away with it or, if
caught, the impact won’t be significant.

As I counsel couples,
deception is often part of the troubled fabric of their marriage.
Whether it is something as simple as hiding money or perhaps lying about
how much money was spent, or something far more egregious such as
Adultery, deception send a electric shock wave through the marriage.

“Lying lips are an abomination to the Lord, but those who act faithfully are his delight.”

Why do you lie? The simplest answer is that you
are ashamed of something you have done and hope to not have to answer
for it. But you will answer for it. A day of reckoning will come, sooner
than you think.

Live right for your own good, marriage is not something you can play with as you wish – it is your destiny that is at stake.

[written by Dr. David B. Hawkins]

Meet Brilliant Student Who Scored 354 To Emerge Best In JAMB