Married Woman Duped of N850,000 By Secret Lover In Lagos 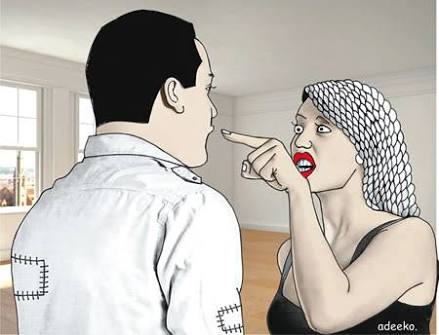 A 42-year old man, Mr. Abioye Olakunle, has been caught in a double game
after he obtained N850,000 from a married woman, one Mrs. Kehinde
Opebiye and promised to marry her but ended up duping her in Lagos.

The woman was reportedly planning to leave her husband and marry Olakunle before the bubble busted.

According
to PM Express, the alleged scam happened at Irewolede Street, Shasha
area of Lagos where Olakunle resided with his wife and children.

The victim then confessed to her
husband who had been suspicious of her movements before she opened up.
She pleaded for forgiveness and told the husband that she might have
been charmed by Olakunle to behave in such a manner. Her husband forgave
her; they became united, went to the police at Shasha Division and
reported the alleged scam. The police later arrested Olakunle, detained
and asked him to refund the money to her.

It was gathered from
police sources that the suspect admitted that he had collected money
from her, promised to marry her and said that he was still prepared to
marry her if she was ready to be his second wife. He also admitted that
he did not tell her that he was already married but had not reneged on
the promise of marriage as they agreed before she sent the money to his
account.

However, Olakunle was found culpable and charged before
the Ejigbo Magistrates court on Thursday for marriage fraud and
stealing.

He pleaded not guilty.

The prosecutor,
Inspector G. Simon did not oppose his bail because the offence was
bailable. Thus, the Presiding Magistrate, Mr. L.K.J. Layeni granted
Olakunle bail in the sum of N200,000 with two sureties in like sum.