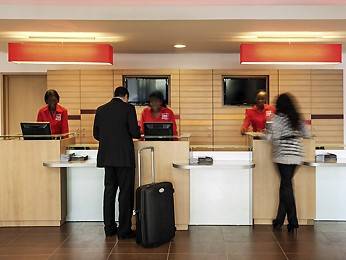 The service at the hotel you just stayed perhaps was not really good.
Your friend’s experience at the same property, on the other hand, was
spot on. Why the disparity? It may be more than chance. While good
service at a hotel, even a pricey one, isn’t a guarantee, there are a
few ways to increase your odds of getting treated well.

Jumia Travel shares some of these ways.

Choose the right property
Good service is in the eye of the beholder and, as a result, choosing
the right hotel goes a long way in your interpretation of service. It’s
possible to spend N100,000 a night in two different hotels and have
completely different service experiences because these hotels have
different service philosophies. Hence, ensure that you choose the right
property to avoid stories that touch!
Reach out in advance
Getting in touch with your hotel in advance of your stay can go a long
way toward a sterling service experience. Let them know why you’re
coming, and what kind of experience you’re looking for.
Do not keep quiet when things go wrong
If your room service order took more than an hour to arrive, or
housekeeping missed cleaning your room, you should lodge a complaint to a
superior. These things happen, even at the best hotels, and informing
the hotel’s manager immediately when something goes wrong will help you
get a quick resolution.
Book through a travel agent
A travel agent like Jumia Travel can often get their customers hotels at
the best rate and even free breakfasts. It is worthwhile.
Be realistic with your expectations
Have it in mind that most luxury hotels have a service culture, while
budget and mid-level properties often don’t. It’s therefore unreasonable
to stay at a three-star property and expect the staff to run around for
you because they’re not necessarily trained in providing individualized
service. That doesn’t mean you can’t have a good experience at a budget
hotel. You should just be reasonable with your desires and demands
before you book.
Rohr releases final
23-man list for Russia 2018
On June 3, 20184:08 pmIn Sports8 Comments

Mikel Agu, Moses Simon and Ola Aina who were dropped in London, with the
exclusion of Simon, might not have been a surprise since they have
dropped to being fringe players.

The exclusion of Simon on his part, in view of past performances, should
have been a surprise, if not for his injury worries.

But the inclusion of Simeon Nwankwo who made his debut just last week is
a surprise one, given that he has got the nod to be in Russia ahead of
many older members of the national set-up.

However, from the trio of goalkeepers to the pack eight defenders led by
the duo of William Troost-Ekong and Leon Balogun, the squad is largely
much expected.

Aside from new-boy Bryan Idowu and Chidozie Awaziem, all others have
always been part of the national team.

And, from the six midfielders which included team captain Mikel Obi to
the forwards led by team veteran Ahmed Musa and Victor Moses, no major
shock has been witnessed.

It is now left for the technical crew to use Tuesday’s friendly with the
Czech Republic in Austria, and the days before June 16, to fine-tune
the team.

The Super Eagles who have not made it beyond the last 16 in five
appearances at the World Cup will open their Russia 2018 campaign
against Croatia on June 16.

The tournament starts on 14 June, with Nigeria drawn with Argentina,
Iceland and Croatia in Group D.