Senseless Killings: There may be no Nigeria or Elections in 2019 – Pastor Adeboye 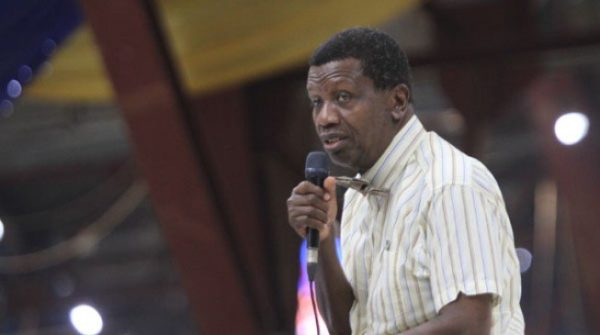 Will there be elections in the country next year as widely expected?

The
General Overseer of the Redeemed Christian Church of God (RCCG), Pastor
Enoch Adeboye, fears there may not be, especially if the wave of
killings by herdsmen is not stopped immediately.

He even fears there may be no Nigeria unless the authorities find a lasting solution to the problem.

Speaking
at the May 2018 Holy Ghost service on Friday night, Adeboye stated that
there was no way he could continue to keep quiet while the killings,
which have been counted in thousands this year alone, went on.

He
spoke against the backdrop of the killing of two Catholic Church priest
in Benue State, a fortnight ago and several attacks on churches.

Adeboye,
speaking on the theme, ‘Stronger than your enemies – 5 (Habitation of
the Almighty)’ said: “There is no father that will lose 19 children in a
day and be quiet. It doesn’t matter the denominations.

“All Christians in Nigeria call me daddy, so when anyone of them dies it’s my son that is dead.

“We
need to pray because unless these killings stop immediately even
Nigeria may not live. We are not talking about individuals we are
talking about Nigeria itself.

“A bishop asked me some time ago what God had revealed to me about 2019 election.

“I
told him I am not sure there would be an election because unless these
killings stop, there may be no election next year, I’m not prophesying
but this is so because no one will go out to vote if not sure they will
return home safely.

“I have seen war at a close range, there is
nothing good about it. A nation may survive a civil war but no nation
can survive a religious war and remain the same.

“That Nigeria may live and not experience religious war these killings must stop.”

President
of the Christian Association of Nigeria (CAN), Rev. Supo Ayokunle,
agrees with Adeboye, saying the federal government appears uninterested
in stopping the killing.

Speaking through his Special Assistant
Media and Communication, Rev Bayo Oladeji, Ayokunle said: “We are happy
that Pastor Adeboye has spoken his mind on the killings. Nothing can be
farther from the truth.

“Maybe the government will finally wake
up to its responsibilities now. This administration has been giving
excuses for the killings.

“The Inspector General of Police blamed
it on the law against open grazing. How about the killings in states
without the law in place? The Minister of Interior said it was because
the grazing lines were blocked.

“The President himself blamed
Gaddafi-trained soldiers for the killings. The government has been
making excuses. But now that Pastor Adeboye has spoken, we hope and pray
that they will listen.”

Ayokunle concurred that the killings
might stop the elections, saying: “is it not when people are alive that
they will vote? Will they wake up the dead to vote for them?”

National
Publicity Secretary of the Pentecostal Fellowship of Nigeria (PFN),
Archbishop Emma Isong, believes Adeboye must have spoken after a deep
insight into the spiritual world.

He urged government to listen to the prominent preacher who, he said is not known for frivolous talks.

Isong accused the federal government of not doing enough to stop the killings, saying this situation was saddening.