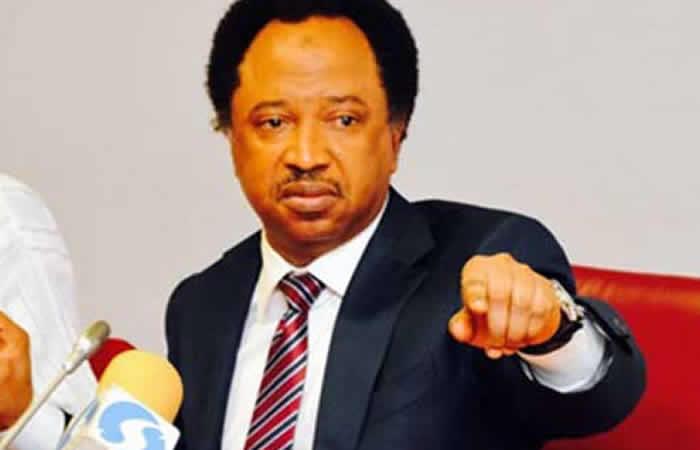 The senator representing Kaduna Central, Shehu Sani, has disclosed that
he was invited by the police in Kaduna earlier Monday morning.

He said he honoured the invite, wrote a statement, and was later allowed to go, based on self recognition.

The senator disclosed this on his verified Twitter handle, where he wrote:

“The Police invited me to appear today by 10:45am. I honored the
invitation to the Police Headquarters in Kaduna by 10:45am, with clear
conscience.I wrote my statements. I was granted ‘self bail’. I have
left.”

Earlier in April, the Kaduna State Police Command had written the
senator, asking him to appear at the command headquarters after
identifying him as a person of interest in a murder case.

The state Commissioner of Police, Mr. Austin Iwar, who wrote the letter, asked Sani to appear before the Police on April 30.

The
letter, with reference number, CR: 2000/KDS/VOL 5H/72, was said to have
been routed through the Clerk of the National Assembly, while the
Senate President was also copied.

“This is in connection with a
case of criminal conspiracy and culpable homicide transferred to this
office by 1 Division, Nigerian Army, Kaduna, alongside with exhibit
audio CD, in which your name was mentioned by the principal suspect,”
Iwar said in the letter .

A murder suspect, Isa Garba, who was
arrested by the military, was alleged to have implicated the federal
lawmaker after he was transferred to the police.

It was gathered
by Punch that Sani’s name was mentioned when the suspect, who allegedly
participated in the killing of one Lawal Madugu, implicated another
person identified as Bashir Hamdada.

CP Iwar, while responding to a query on the letter, said the case was not politically-motivated.