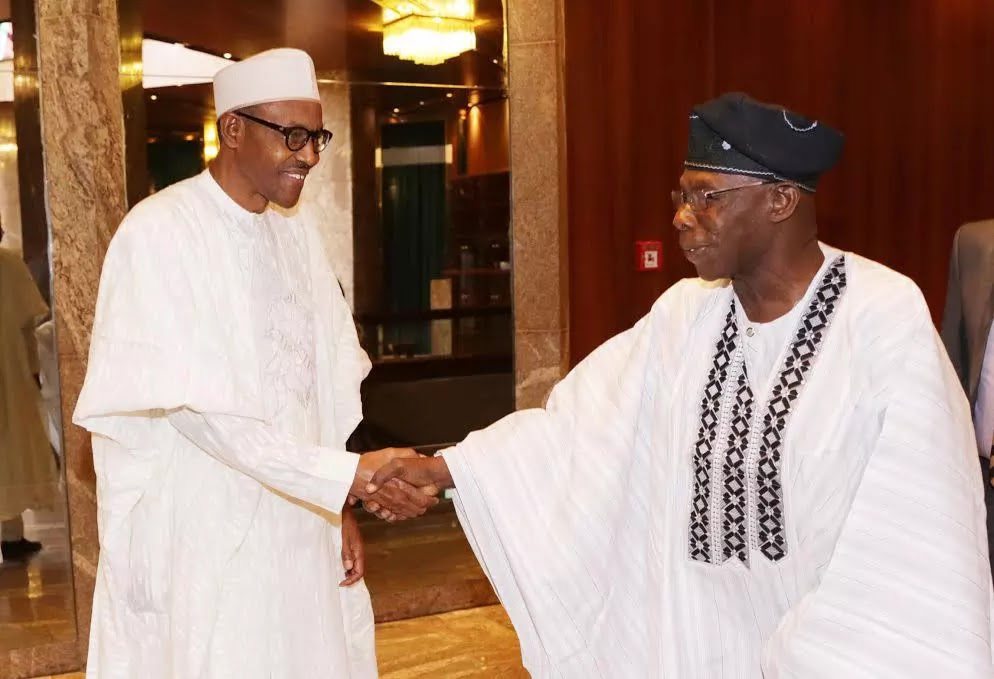 As part of the moves to oust President Muhammadu Buhari and the All
Progressives Congress in 2019, the major opposition parties and third
force elements are expected to hold joint and separate talks in the
coming days with a view to forging an alliance and supporting one strong
and acceptable presidential candidate.

Some
of the parties that will participate in the discussions include the
Peoples Democratic Party, the Olusegun Obasanjo-backed African
Democratic Congress, and the Chief Olu Falae-led Social Democratic Party
among others.

The NIM said in a statement
that it was holding separate and joint meetings with the Labour Party,
United Progressive Party, Action Democratic Party, Action Alliance and
several others.

It stated, “The NIM Coalition team has just ended
a marathon coalition talks separately and jointly in Abuja at various
locations with the Labour Party, United Progressive Party, Alliance for
New Nigeria, Action Democratic Party, and Action Alliance in a process
of setting up a national grand electoral alliance for 2019.

“All
the parties have, by and large, agreed to the NIM’s terms and therefore
asked to go and reaffirm the endorsement of their leadership organs and
structures to avoid future problems.

“The MOU with the
prospective coalition party and other parties in the electoral alliance
will be signed next week after due consultations with their various
leadership organs and the steering committee meeting of NIM must have
given its nod and endorsement.”

It was learnt that the SDP was expected to hold talks with the NIM next week as well.

The Obasanjo-led Coalition for Nigeria Movement had adopted the ADC as its party.

The
National Coordinator of the Obasanjo coalition, Prince Olagunsoye
Oyinlola, had told a gathering on Thursday that there was still room for
the ADC to forge alliance with other interested parties to oust Buhari
in the next general elections.

Speaking with Punch on Saturday, a
source close to Obasanjo said the move had spurred others into action,
not wanting to be left out.

The source added, “We have just nine
months to the elections and the other groups, especially the NIM, were
being slow about it. So, Obasanjo felt time was running out. With what
he has done, others have woken up and the alliance talks are beginning
to move quicker.

“In the coming days, you will see defections and re-alignments as the main opposition begins to take shape.”

When
asked why the parties were forging alliances instead of a merger like
the APC did in 2013, the source explained that the time was too short,
adding that it might not be able to contain the aftermath before the
general elections.

The source added, “The Electoral Act states
that no new political party will be registered six months to the general
elections. That means August is the deadline. With the way politics is
today, coupled with the fact that INEC serves an APC-led government, we
may not be able to meet up.

“Also, the time is too short for all
the political parties to agree. Who will step down for who? How will we
conduct congresses in time? So, the alliance is the best bet.”

The
source said talks were ongoing with the PDP as the former ruling party
begins to consider the possibility of changing its name.

He stated that the PDP was also interested in the alliance.

The
Chairman of the Coalition for New Nigeria, Dr. Yunusa Tanko, who is
also a former National Chairman of Inter-Party Advisory Council,
confirmed to Punch that over 35 parties were holding talks in order to
form an alliance.

He said the PDP had also approached the other parties for a possible alliance.

“The
CNN is a coalition or a group of several political parties but we only
form alliances, not mergers. There are alignments and re-alignments
happening in some of the parties within our group. One of our members,
which is the ADC, was recently adopted by Obasanjo,” Tanko added.

When
asked if all the parties would be working together to oust Buhari in
2019, he said, “You cannot rule out anything. As it is now, there are
re-alignments of forces and we will see where things we go. The ADC is
only one of our members.”

He said the SDP was not part of the coalition, noting, however, that there was room for the party to join.

When
asked about the PDP, he said, “The PDP is not yet a member of the CNN
but they (party officials) are making overtures towards us and trying to
align with our political parties. Some of our members got calls from
the PDP and said the PDP told them that they would not be able to work
alone and they need to align with other existing political parties. So,
the alignments are still taking shape.”

PDP opens discussion with other opposition parties
When
contacted on Saturday, the PDP said it had opened discussions with
other political parties on how to get Buhari out office in 2019.

Already,
it said its committee, saddled with the responsibility of holding
discussions with the affected political parties, had swung into action.