I Made First Class Despite Distractions – UNILAG’s valedictorian 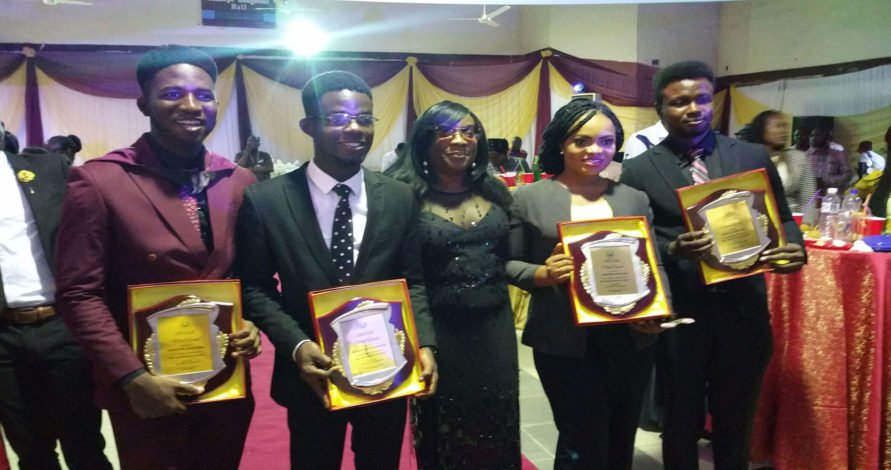 They were the cynosure of all eyes as they stepped out to receive their
awards for academic excellence. The four University of Lagos (UNILAG)
valedictorians – Ginika Okoroafor, Oludare Babawale, Bosun Roy-Layinde
and Jeffery Matthew – got the highest Cumulative Grade Point Average
(CGPA) of 4.97. They were honoured at the institution’s 2018
convocation.

Behind their success stories are compelling tales of strength, hardwork and perseverance.

You can play
and still work hard, as shown by Ginika Okoroafor’s academic feat. She
was one of the best-graduating students of the University of Lagos
(UNILAG) at its 2018 convocation.

Ginika was the cynosure of all
eyes as she stepped out to receive top academic honours and awards. She
was among the four who finished with a Cumulative Grade Point Average
(CGPA) of 4.97 – the highest score in the graduating set.

Ginika, who finished from the Department of Early
Childhood Education, said she partied all through her stay in the
school, noting that the feat would not have been worth it if she did not
socialise.

She said she was an introvert until she met a group
of mentors, who told her that academic experience would not be complete
without socialisation.

She said: “I had been an introvert since
my secondary days. I had a worldview that life should always be about
books until I gained admission into UNILAG. I nurtured the same
worldview until I met a group of mentors, who made me believe a life
without social value is not complete. I learnt it was important for me
to develop socially.

“That is allowing school to pass through
you. When I realised the value of being socially informed from my
mentors, who are also doing very well in their fields, I told myself I
was going to tap into it. I started making more friends; I started
attending social functions.”

Ginika, however, warned students on
the kind of social groups they should join. According, to her, social
groups that cannot help students realise their academic pursuit should
not be encouraged.

She said: “I chose the kind of people I moved
with. We are like-minds and have the same goal academically. Students
must be wary of the company they keep. They must not interact with
people who have different ideas about education in the name of
socialisation. I believe brilliance can’t be limited by going to
parties, but students must move with like-minds.”

The 28-year-old said her academic journey was not smooth, adding that she worked to fend for herself while in school.

“I
have always been an independent person. I come from an average family
where not too many things are made available. That was the way I was
brought up. This made me to combine schooling with work,” she said.

“Even when I was writing my final
examinations, I was still visiting the hospital. I was astonished when I
was told I emerged the best graduating student in my department. It is a
victory given to me by God.”

The 24-year-old said he studied hard and smart, noting that he achieved the feat through perseverance and self-discipline.

“If
there are a thousand tips for success, one of the top most would be
discipline. The fact is that many people know how to achieve success,
but majority don’t know how to put the knowledge into action. Failure
doesn’t mean everything has ended. If you persevere, you will definitely
get to the top,” Oludare said.

Jeffery said his academic feat
was inspired by a poem titled: Good better best. The 21-year-old said
he knew his ability early and worked towards achieving the best.

He
said: “I know my ability and also my weaknesses, which made me to
prepare early for the best. I never looked at how others were studying,
because what works for somebody else may not work for me. So, I was able
to understand my strength and I used it to my advantage. I knew reading
for many hours usually resulted in stress for me. So, I devoted little
time for reading, but I ensured I read what was important in each course
I took.”

Addressing the graduands, the Vice-Chancellor (VC),
Prof Oluwatoyin Ogundipe, urged them to be good ambassadors of the
institution, advising them not to rest on their oars in achieving more
excellence.

The best four received awards of excellence from UNILAG Alumni Association in addition to N50,000 each.

WHAT IS SALVATION? (Why It’s So Important)